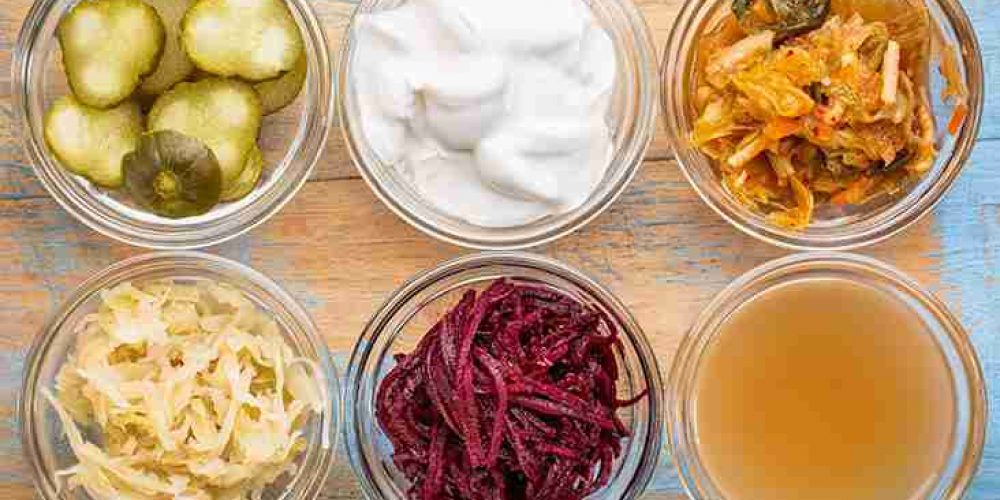 The magic of microbes is all around us..and their magic can be enjoyed in our daily lives.

A microorganism, or microbe, is a microscopic organism that exists in a single-celled form or in a colony of cells, neither of which can be seen by the human eye.

These friendly microbes provide us with some of the favourite products we frequently consume ..wines and beers as well as chocolate! 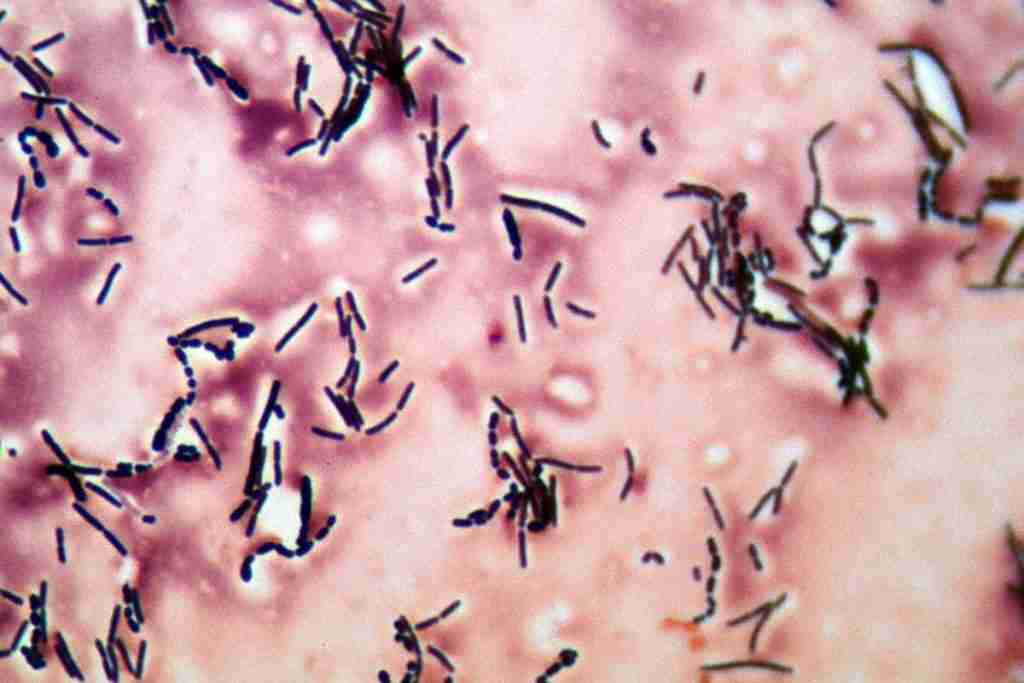 The magic of microbes

These beneﬁcial microorganisms, which exist in yeasts, moulds, and bacteria, obtain their energy through a process in the absence of oxygen (ie.anaerobic conditions) that helps break down large organic molecules into simpler ones.

That process is called fermentation when a microbe is used to break down a food product to form another food product usually in a low oxygen or oxygen-free environment.

The microbial magic ensures our good health is helped by fermentation improving digestion by degrading nutrients into digestible forms.

A food like soybean, rich in protein, can’t be digested without Lactobacilli microbes converting the bean into digestible amino acids through the fermentation process.

Fermentation has been used by humans consciously since around 5000 BCE, evidenced by jars recovered in Iran’s Zagros Mountains area containing remnants of microbes similar to those present in the wine-making process. 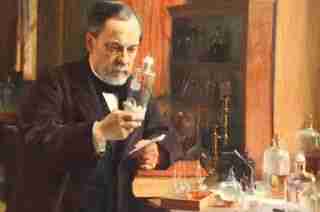 Louis Pasteur from fermentation to pasteurization

The possible existence of  microbial life being the cause of fermentation was suspected from ancient times, found mentioned  in Jain scriptures from 6th century BC India.

Pasteur,  a French microbiologist and chemist renowned for many contributions to science, developed a purely microbial basis for the fermentation process based on his experiments.

It was his discovery of the principles of microbial fermentation that first led him into food safety, to a process now called pasteurization, being the partial sterilization of a product, such as milk or wine, to make it safe for consumption and improve its keeping quality.

Fermented foods, as well as fermented drinks such as kombucha and kefir, have potential to enhance gut health and include yogurt, sauerkraut and pickled gherkins.

Some less-familiar ones include kimchi (which has an unhealthily high sodium/salt content) and tempeh, a traditional Javanese soy product made from fermented soybeans. 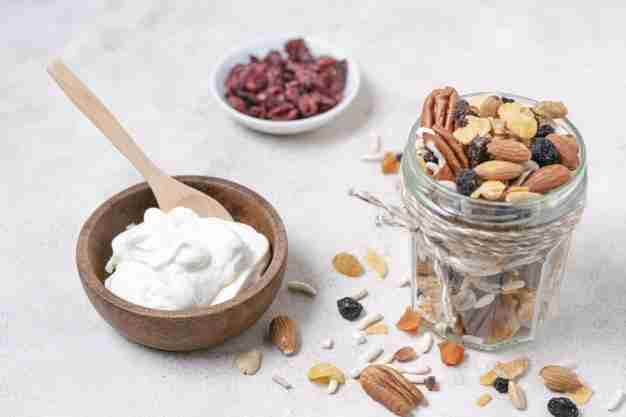 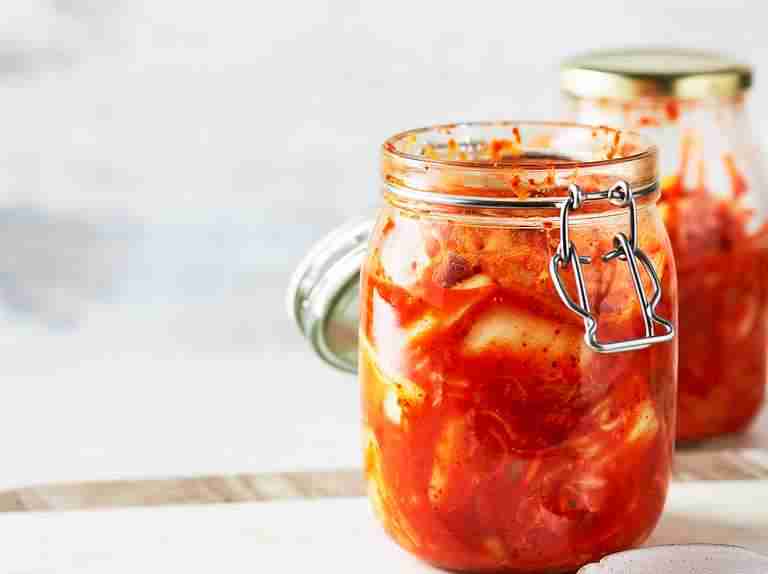 The uses of fermentation are applied in the pharmaceuticals, brewing, baking, and dairy industries.

Medical and nutritional science recommends having in our daily diet a good uptake of fermented items although it is referring to diet/food rather than an increase of consumption of alcohol!

Alcohol and acid are good factors that prevent spoilage by inhibiting the growth of microorganisms. For example acids in fruits and vegetables protect the foods from spoilage. 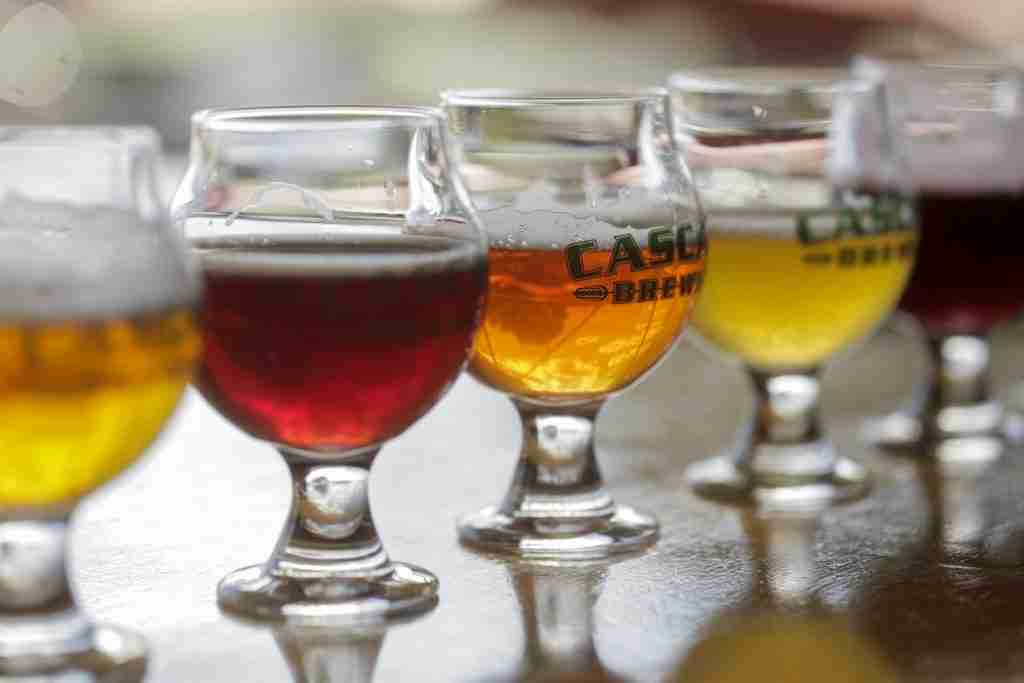 Ale and lager are the two main types of brewing yeasts

To do this it is common to supplement the natural microbes with a large amount of a single strain of bacteria or fungus, as seen in alcoholic fermentation and in food stuffs like kimchi or sauerkraut.

This results in a food that is very stable from going rancid because the microbes produce compounds that prevent other microbes from surviving, and at a certain point it kills them.

From a historical perspective, curing, adding something to the food (salt, sugar, nitrates, etc.) that will keep microbes from being able to survive, was the solution used in Europe.

Fermenting was much more widely used in Asia as a way to preserve food because food was grown mostly during one part of the year, but it needed to be eaten year-round. 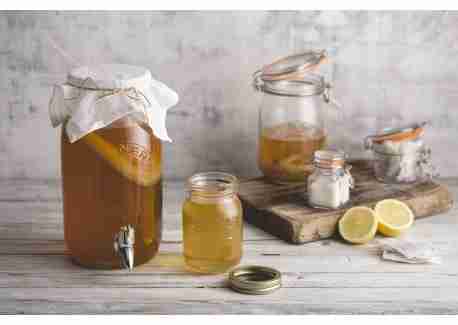 In daily life fermentation is used for preservation by producing lactic acid found in such sour foods as pickled cucumbers, kombucha, kimchi, and yogurt, as well as for producing alcoholic beverages such as wine and beer.

Adenosine triphosphate (ATP) is an organic compound that provides energy to drive many processes in living cells, such as muscle contraction.

Within the human body, lactic acid is the byproduct of ATP-producing fermentation, which produces energy so the body can continue to exercise in situations where oxygen intake cannot be processed fast enough. Although fermentation yields less ATP than aerobic respiration, it can occur at a much higher rate. 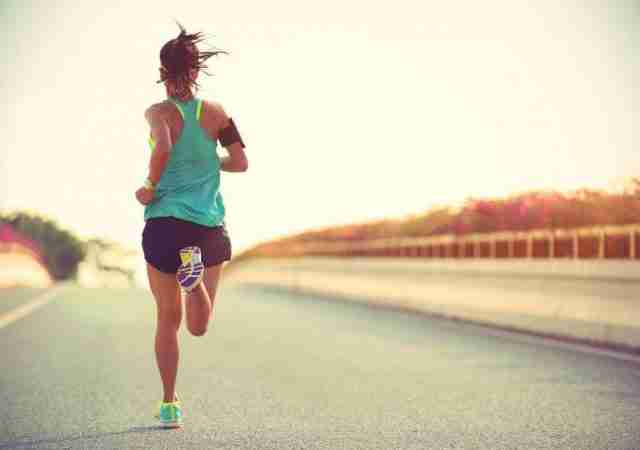 Lactic acid builds up when running

A  stitch when running is caused by cramping happening as result of no oxygen left in the muscles and lactic acid builds up, with a need to increase the lactate threshold.

The importance of fermentation is widely known in the brewing industry for alcohol production when yeast enzymes ferment sugar to produce alcohol and carbon dioxide.

Our favourite beer, is produced from the fermentation of the yeast Saccharomyces cerevisiae and the sugar in such as grapes, rice, grain, and berries.

Similarly,  yogurt  is produced by the bacteria Streptococcus lactis and Lactobacillus bulgaricus and acidophilus are used to ferment milk. 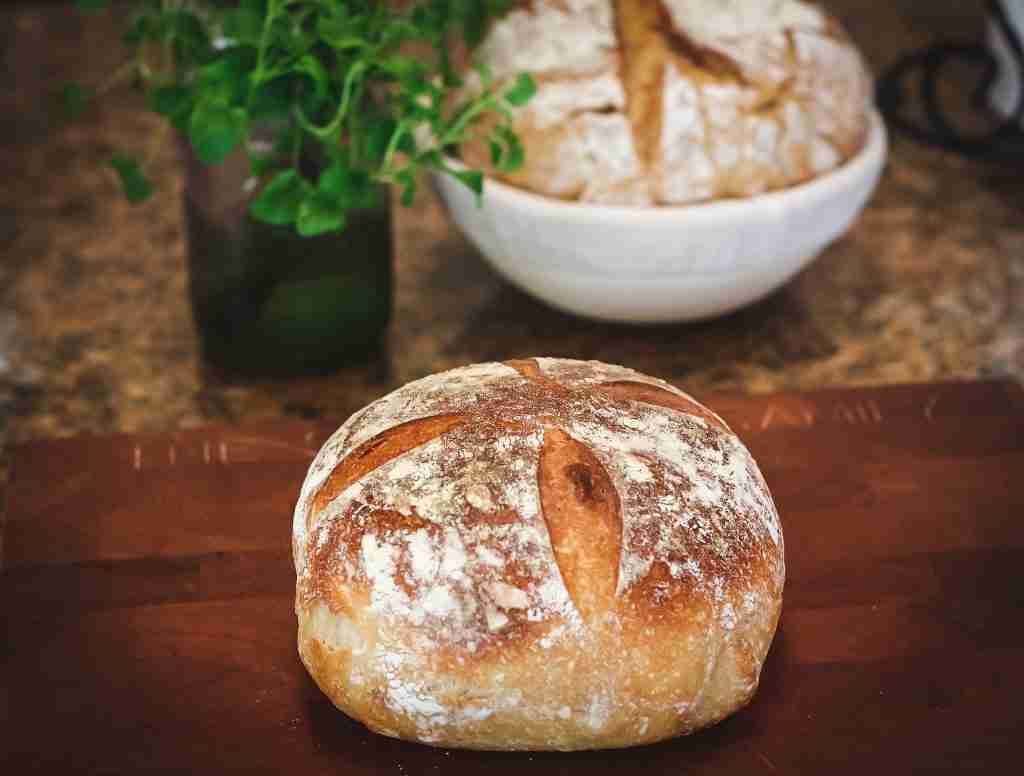 Sourdough bread is made by the fermentation of dough using naturally occurring lactobacilli and yeast. The lactic acid produced by the lactobacilli gives it a more sour taste and improved keeping qualities.

Using different  types of the bacteria added to the fermentation process gives the desired flavour to the baked products, with for example Lactobacillus delbruckii helping in the fermentation to produce rye bread.

Chocolate lovers might not recognize what this ancient food has in common with kimchi and kombucha – the flavour is due to fermentation. That familiar chocolate taste is thanks to tiny microorganisms that help transform chocolate’s raw ingredients into the much-beloved rich, complex final product.

It’s thanks to the magic of microbes developed over centuries that chocolate and our other favourite food and drink is available to us in modern times!