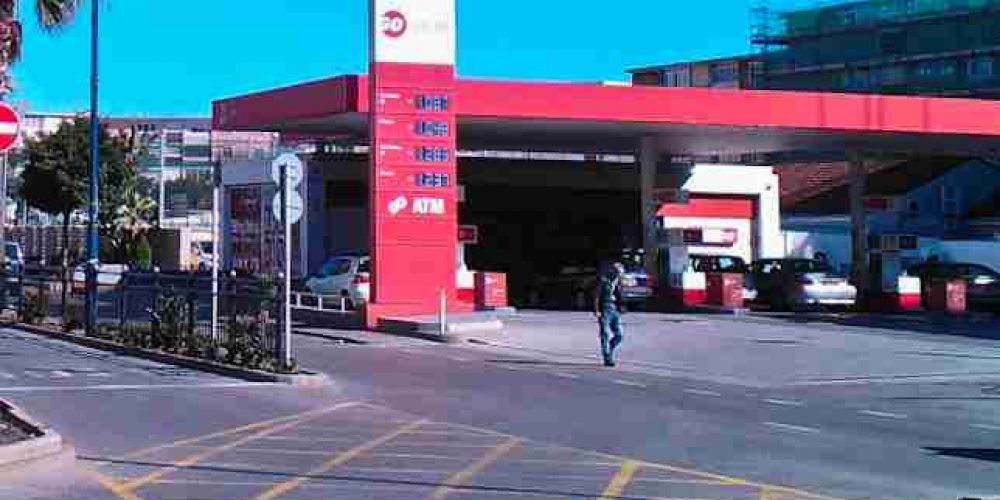 Operation Flavius was a military operation in which three members of a Provisional Irish Republican Army (IRA) cell were shot dead by undercover members of the British Special Air Service (SAS) in Gibraltar on 6 March 1988.

[1][2] The three —Seán Savage, Daniel McCann, and Mairéad Farrell who were members of Provisional IRA Belfast Brigade — were believed to be mounting a car bomb attack on British military personnel in Gibraltar. Plain-clothed SAS soldiers approached them in the forecourt of a petrol station, then opened fire, killing them.

All three were found to be unarmed, and no bomb was discovered in Savage’s car, leading to accusations that the British government had conspired to murder them. An inquest in Gibraltar ruled that the SAS had acted lawfully, while the European Court of Human Rights held that, although there had been no conspiracy, the planning and control of the operation was so flawed as to make the use of lethal force almost inevitable.

The deaths were the first in a chain of violent events in a fourteen-day period. On 16 March, the funeral of the three IRA members was attacked by a loyalist wielding pistols and grenades, leaving three mourners dead. Then, at the funeral of one of the mourners, the IRA shot two plain clothed British soldiers who had driven into the procession in error.

From late 1987, the British authorities were aware that the IRA was planning to detonate a bomb at the changing of the guard ceremony outside the governor’s residence in the British Dependent Territory of Gibraltar. When Savage, McCann and Farrell travelled to Spain in preparation for the attack, they were tracked at the request of the British government. On the day of the shootings, Savage was seen parking a white Renault in the car park used as the assembly area for the parade; McCann and Farrell were seen crossing the border shortly afterwards.

After a military bomb disposal officer reported that Savage’s car should be treated as a suspected bomb, the police handed over control of the operation to the SAS. As soldiers were moving into position to intercept the trio, Savage split from McCann and Farrell and began running south.

Two soldiers pursued Savage while two approached McCann and Farrell; as they did so, the pair were said to make threatening movements, as a result of which the soldiers opened fire, shooting them multiple times. As soldiers caught up with Savage, he was alleged to have turned around to face them while reaching into his jacket; he was also shot multiple times.

All three were subsequently found to be unarmed, and Savage’s car was found to contain no explosives; enquiries resulting from keys found on Farrell led authorities to a second car, containing a large quantity of explosives, in a car park in Spain. Almost two months after the shootings, the documentary “Death on the Rock” was broadcast on British television. Using reconstructions and eyewitness accounts, it presented the possibility that the three IRA members had been unlawfully killed. The documentary proved extremely controversial; several British newspapers described it as “trial by television”.[3]

The inquest into the deaths began in September 1988. It heard from British and Gibraltar authorities that the IRA team had been tracked to Málaga Airport, where they were lost by the Spanish police, and that the three did not re-emerge until Savage was sighted parking his car in Gibraltar.

The soldiers each testified that they had opened fire in the belief that the suspected bombers were reaching for weapons or a remote detonator. Among the civilians who gave evidence were the eyewitnesses discovered by “Death on the Rock”, who gave accounts of seeing the three shot without warning, with their hands up, or while they were on the ground.

Kenneth Asquez, who told the documentary that he had seen a soldier fire at Savage repeatedly while the latter was on the ground, retracted his statement at the inquest, claiming that he had been pressured into giving it. On 30 September, the inquest jury returned a verdict of “lawful killing“. Dissatisfied, the families took the case to the European Court of Human Rights.

Delivering its judgement in 1995, the court found that the operation had been in violation of Article 2 of the European Convention on Human Rights as the authorities’ failure to arrest the suspects at the border, combined with the information given to the soldiers, rendered the use of lethal force almost inevitable. The decision is cited as a landmark case in the use of force by the state.