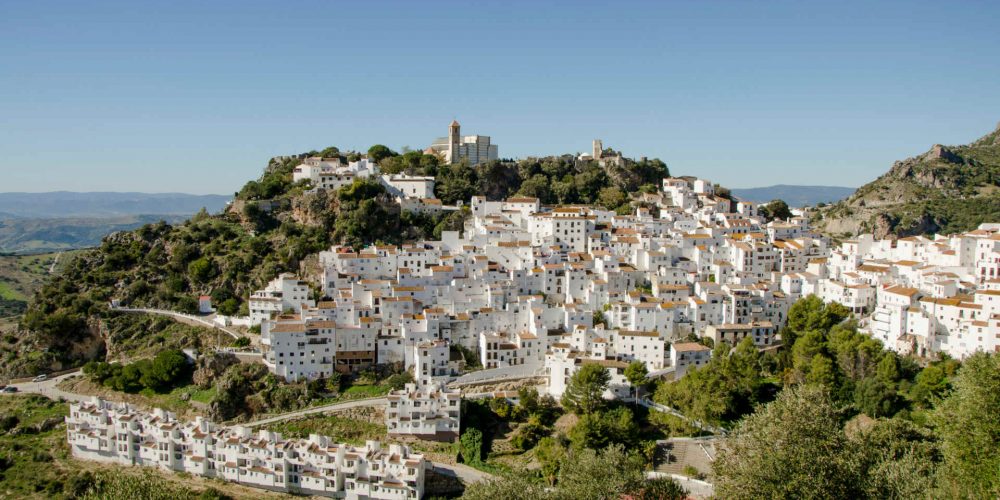 Due to its history and geographical situation, Castellar is part of several different and attractive tourist routes. Whichever route you choose this village is a reference point and a stop is a must.

ROUTE OF THE BULLS
Travelling through the towns of Jerez de la Frontera, Medina Sidonia, Benalup, Paterna de Rivera, Alcalá de los Gazules, Los Barrios, Jimena de la Frontera and Castellar de la Frontera, the Route of the Bulls is famous for its monumental artistic value. The route is so called because of the various species of bullfighting bulls that can be seen grazing in the fields along the roadside.

ROUTE OF THE WHITE VILLAGES
Extending from the mountain villages and very close to the Bay of Algeciras, the route passes through the provinces of Málaga and Cádiz, going from Ronda, Atajate, Jimera de Líbar, Benaladid, Algatocín, Gaucín, Jimena de la Frontera and Castellar de la Frontera. The route is named after all the characteristic, charming Andalusian villages of old that line it.

IBN BATTUTA’S ROUTE OF THE ALMORAVIDS – THE ANDALUSIAN LEGACY
The starting point of the itinerary is on the coast of the Strait of Gibraltar and passes through spectacular villages, such as Castellar de la Frontera, Jimena de la Frontera, Gaucín and Ronda and from here on until Antequera in the province of Málaga.

ROUTE OF THE RIVERS GUADIARO & HOZGARGANTA
The trail, which follows the riverbanks upstream, begins in Castellar Old Town and ends 20 km away in Jimena de la Frontera. Along the route, all the wealth of nature from “Los Alcornocales” Nature Reserve is on display.