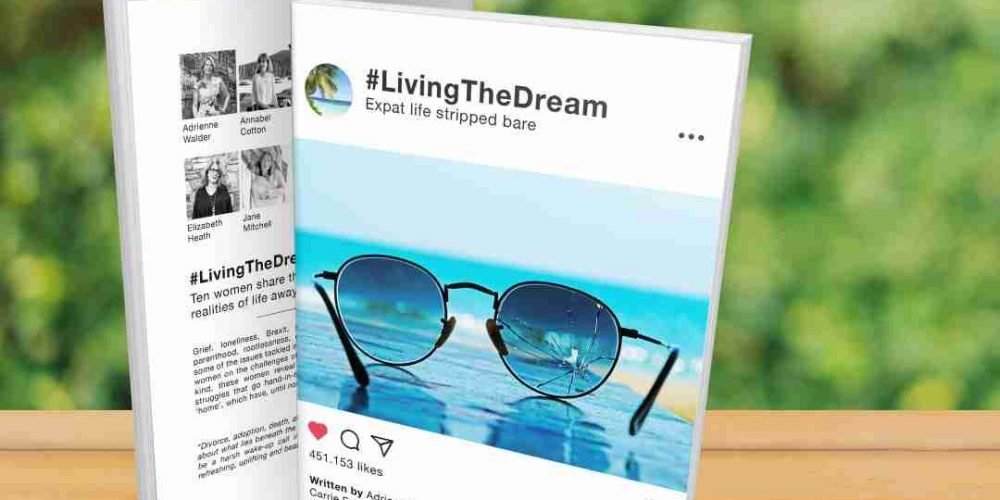 THE TRUTH BEHIND ‘EXPAT’ LIFE
In a new anthology of personal and powerful stories, ten women share the emotional and practical realities of life away from ‘home’. These brutally honest essays cover the real experiences of women dealing with challenges away from the support structure of their place of birth. #LivingTheDream aims to bust the myth of the perception of a ‘blessed’ life under sunny skies and show the sometimes tougher reality.
Grief, loneliness, Brexit, motherhood, identity, single parenthood, rootlessness, drinking culture and integration are just some of the issues tackled in this collection of short stories. Editor Carrie Frais wanted to give a voice to women living in Spain, France, Hong Kong, Australia, Israel, Belgium, New Zealand and the UK and reveal some of the emotional upheavals and struggles that go hand-in-hand with moving away from their native ‘home’, but until now have remained largely untold.
This project came from Carrie Frais’ increasing feelings of isolation during lockdown in Spain and her feelings of rootlessness and a lack of belonging, exacerbated by her own grief and the reality of Brexit. She felt the need to connect, reach out and encourage positive interactions and expose uncomfortable truths about the often misrepresented ‘expat’ existence. She explains, “The women who have contributed to this collection of stories all share the (often) rollercoaster experience of moving away from the country of their birth. We are sometimes viewed as courageous, uprooting ourselves from the security blanket of having one’s extended family nearby to face new adventures and experiences in far-flung corners of the world. Yet, our lives can be emotional, confusing and challenging. When we experience anxiety, stress, insomnia, loneliness, fear or even depression caused by, amongst other things, culture shock, rootlessness, social exclusion, grief or bureaucracy, we struggle with people’s perceptions versus our own reality”
Carrie wants people to reconsider the way the term ‘expat’ is used, believing that it has “now run its course, as it retains connotations of privileged, financially mobile western white men and women working abroad, or retirees relaxing on sun-soaked beaches. Nowadays, people are choosing to emigrate for a myriad of different reasons and some of us feel that being labelled an expat can set us apart from our adopted cultures when, in fact, we are trying to do exactly the opposite”.
Four stories from Spain
Four of the authors recount stories about the challenges of living Spain, each with their own unique perspective and focus.
Business owner Deborah Gray tells the story of setting up a PR agency in a new country and offers advice on how to manage business affairs. Bremain in Spain Chair Sue Wilson, discusses her Brexit legacy and how the referendum turned an aversion to politics into an obsession and why she now campaigns for the rights of British citizens living across Europe. Journalist and Company Director Carrie Frais discusses grief and shares the emotional and practical challenges when confronted with the illness and subsequent loss of her parents in the UK whilst living in Barcelona. Finally, entrepreneur Jane Mitchell takes a very honest look at the end of her marriage and how she has rediscovered her identity, realising that divorce does not have to be the end but in fact is the beginning of a new chapter of her life in Catalonia.
The power of honest storytelling
Especially in the COVID-19 era, expat lives are being put under increased pressure, and many people are feeling isolated and disconnected. Carrie Frais hopes that the honest stories told in this book will encourage people to not feel alone and be more open about their struggles. She hopes it will inspire people to share their own stories with their friends and family to enable them to obtain the support they need.
#LivingTheDream Expat Life Stripped Bare is now available on Amazon. Find out more on www.carriefrais.co.uk/books/ 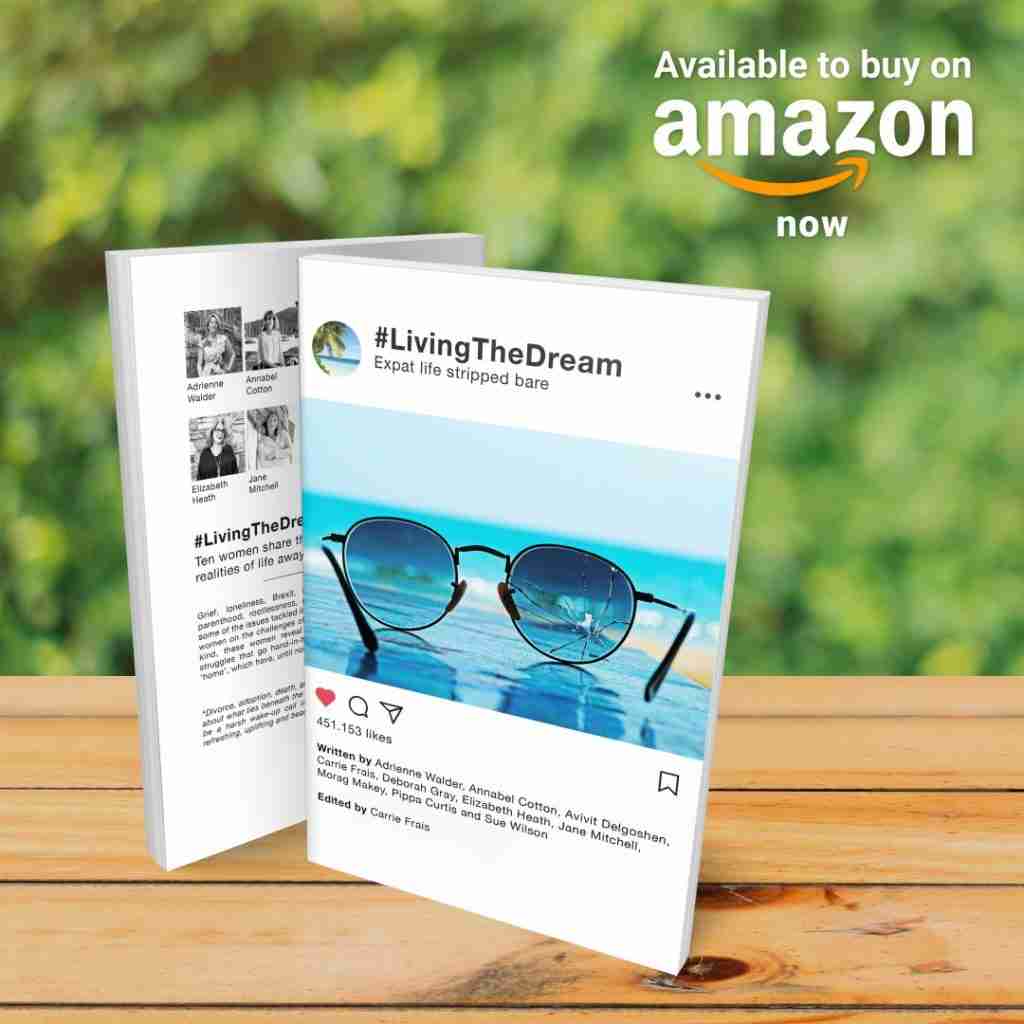 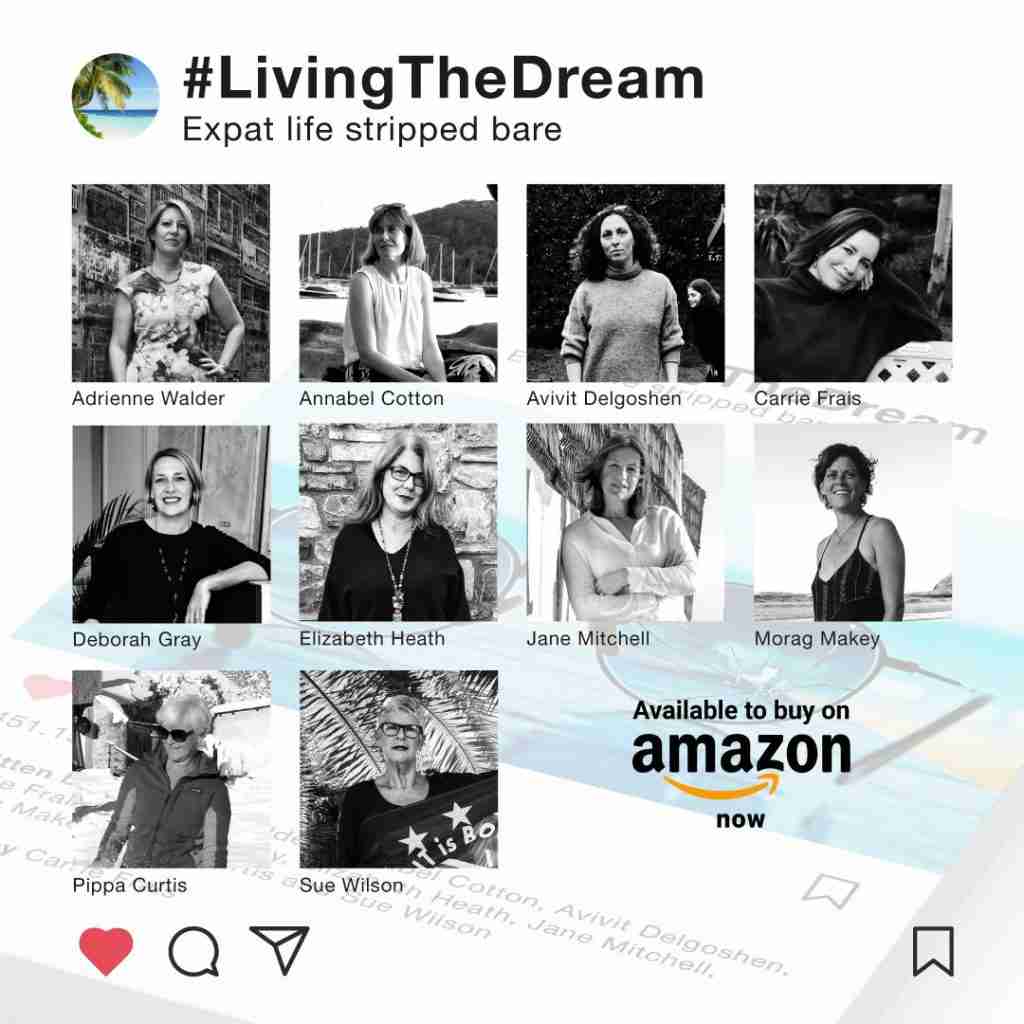