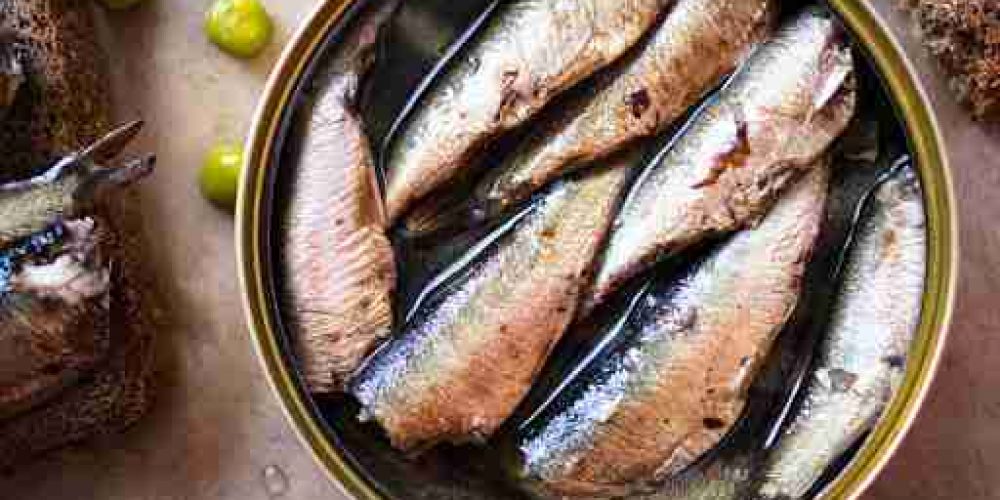 Take a mouthful of water while swimming in the sea, and, if there’s an inclination to swallow it (not recommended) together with the taste of sodium (salt) the mouthful of liquid will taste of potassium.

In the human body, potassium is the eighth or ninth most common element by mass (0.2%) so that a 60 kg adult contains a total of about 120 g of potassium, about the same amount that the body has of sulphur and chlorine.

Freshly cut potassium is silvery-white in appearance and soft enough to be cut with a knife with little force but it begins to tarnish towards grey immediately on exposure to air.

In 1797, the German chemist Martin Klaproth, having discovered “potash” in the minerals leucite and lepidolite, realized that “potash” was not a product of plant growth but actually contained a new element, which he proposed calling kali, which the plant absorbed when growing. 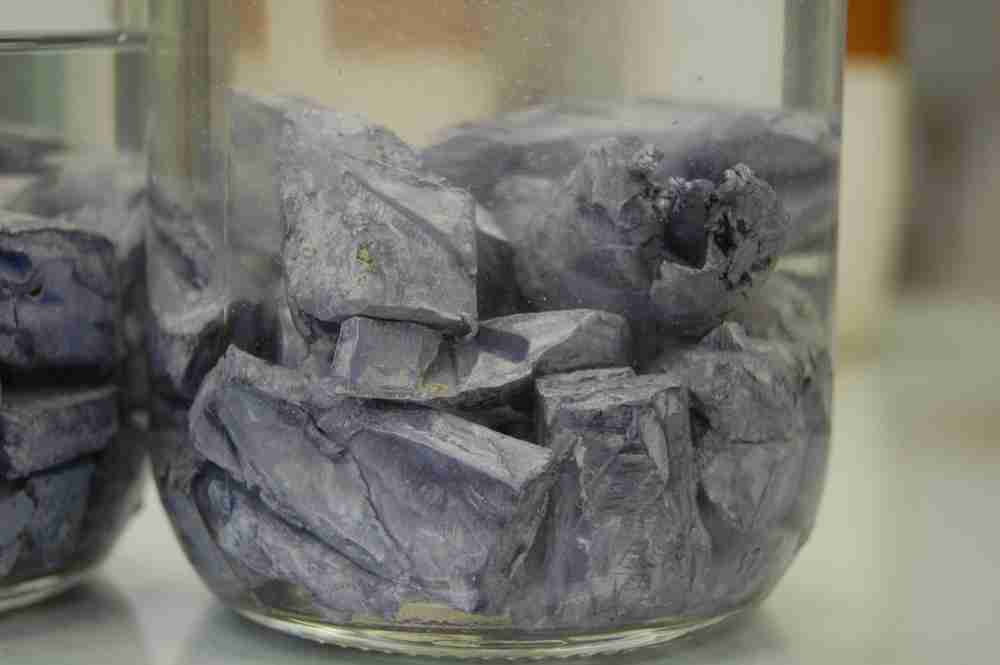 Potassium is the 20th most abundant element in the solar system

In 1807, when Humphry Davy isolated the element via electrolysis, he named it potassium, which he derived from the word potash. In 1809, Ludwig Wilhelm Gilbert proposed the name Kalium for Davy’s “potassium” and in 1814 the Swedish chemist Berzelius gave it the chemical symbol K.

The discovery by Justus Liebig in 1840 that potassium is a necessary element for plants and that most types of soil lack potassium caused a steep rise in demand for potassium salts.

“Wood-ash from fir trees was initially used as a potassium salt source for fertilizer, but, with the discovery in Germany in 1868 of mineral deposits containing potassium chloride the production of potassium-containing fertilizers began at an industrial scale.” 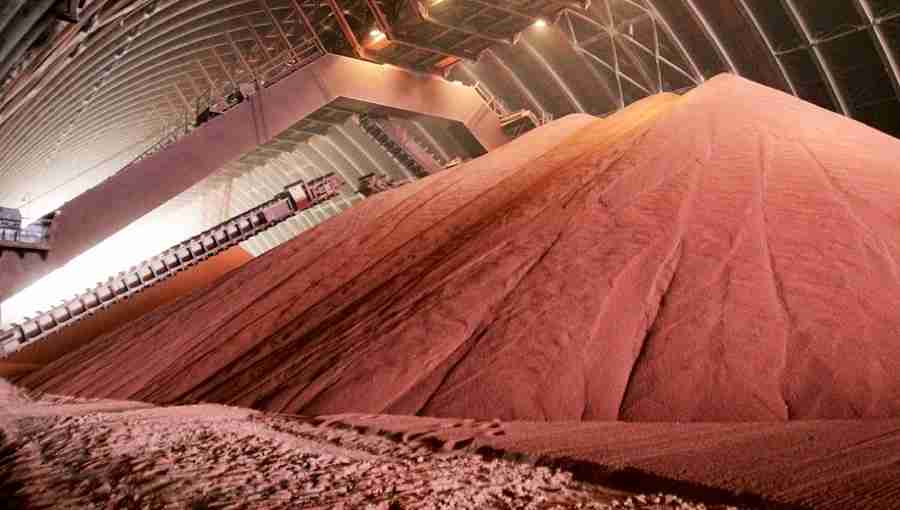 The English name for the element potassium comes from the word potash, which refers to an early method of extracting various potassium salts by placing in a pot the ash of burnt wood or tree leaves, adding water, heating, and evaporating the solution. Potassium metal reacts rapidly with atmospheric oxygen to form flaky white potassium peroxide in only seconds of exposure.

Potash deposits were discovered in many regions, with Canada becoming the largest producer of potassium in the 1960s.

“While potash has been used since ancient times, for a long time the only significant applications for potash were the production of glass, bleach, soap and gunpowder as potassium nitrate. 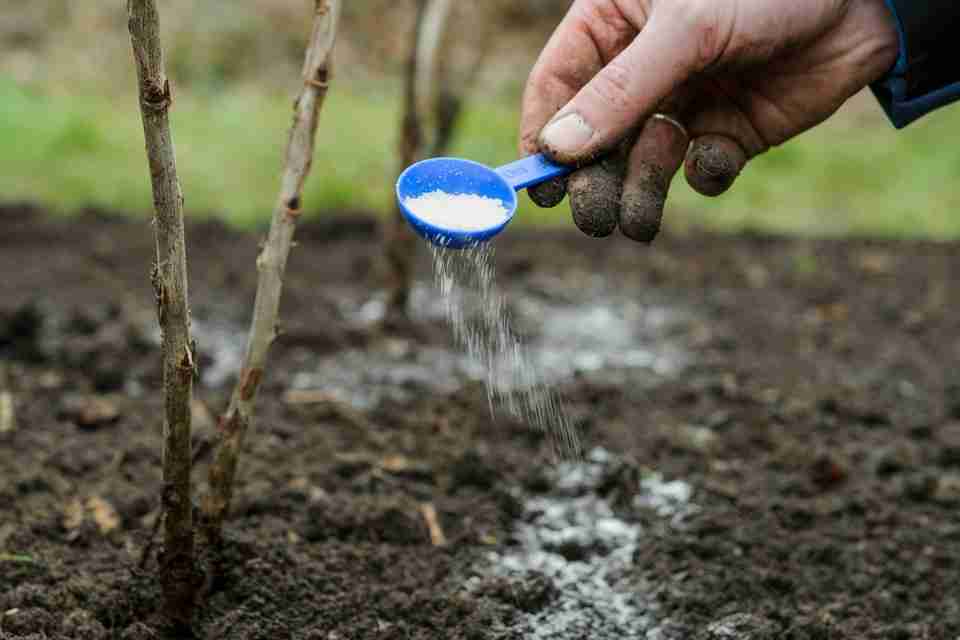 Potassium soaps from animal fats and vegetable oils were especially prized because they tend to be more water-soluble and of softer texture, and are therefore known as soft soaps.

Heavy crop production rapidly depletes the soil of potassium but this can be remedied with agricultural fertilizers containing potassium which now account for 95% of global potassium chemical production.

Although potassium metal reacts violently with water to release hydrogen gas, (H2O being a compound of hydrogen and oxygen) potassium is a mineral that the body needs in order to function at its best.

Potassium is a type of electrolyte, a substance that conducts electric current of positively and negatively charged particles called ions.

Potassium ions are vital for the functioning of all living cells as a low or high amount of electrolytes in the body can affect many crucial functions including helping the nervous system to function and muscles to contract.

They also help move nutrients into cells and waste products out of cells and help the heart-beat stay regular. 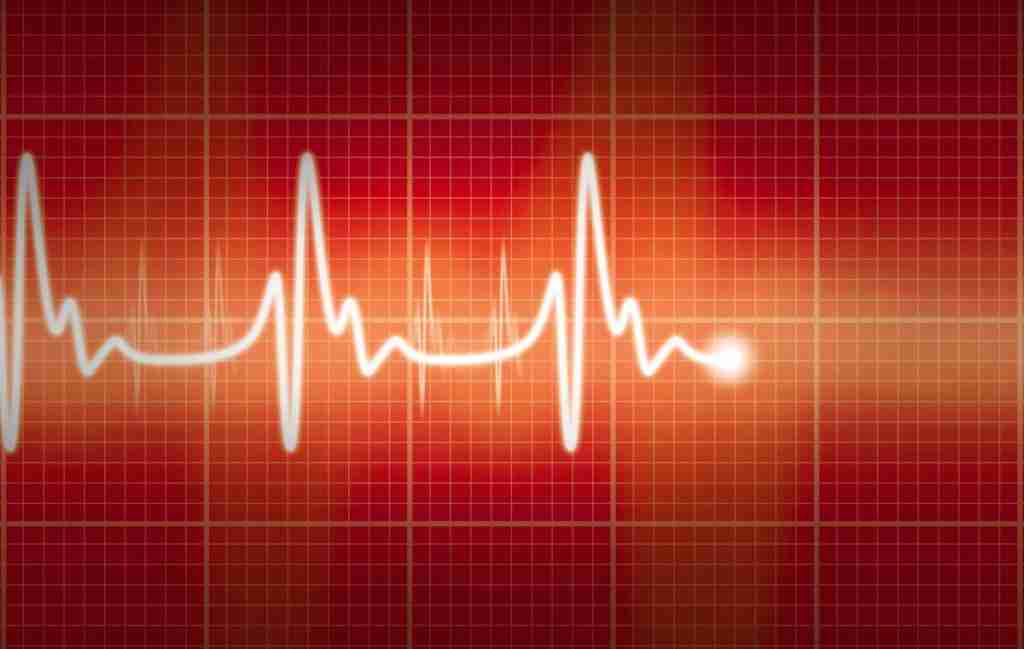 Fluid balance, the balance of input and output of fluids in the body to allow metabolic processes to function properly, is affected by electrolytes, mainly potassium and sodium.

Eating a potassium-rich diet helps the body maintain a good fluid balance as too much potassium can be harmful in people with kidney disorders.

As kidneys become less able to remove potassium from the blood, too much potassium may build up, and often, like high blood pressure, there aren’t many symptoms of high potassium (hyperkalemia).

Having enough potassium is also essential for the body’s optimal health and to help control problems such as high blood pressure, strokes, kidney stones and osteoporosis.

“Increasing potassium through diet is recommended in adults with blood pressure above 120/80 who are otherwise healthy as potassium eases tension in the blood vessel walls which help to lower blood pressure.”

Unfortunately, very few people get enough potassium with, for example, less than 2% of Americans meeting the US recommendations for daily potassium uptake of 4,000 mg/daily.

The recommended potassium intake for an average adult is some 4,000 milligrams (mg) per day so potassium-rich foods need to be consumed to get enough potassium from the daily diet.

Fruits, vegetables, such as beet greens, spinach and kale, fat-free or low-fat (1 percent) dairy foods and oily fish such as salmon, sardines and tuna are good natural sources of potassium.

Examples of the amount of potassium in a 100 gram serving: At the top of the list are oily fish, also packed with omega-3 , salmon, cooked, with 414 mg and 522 mg in skipjack tuna but a tinful of sardines, with 186 mg each sardine, can match the salmon and tuna if not available. 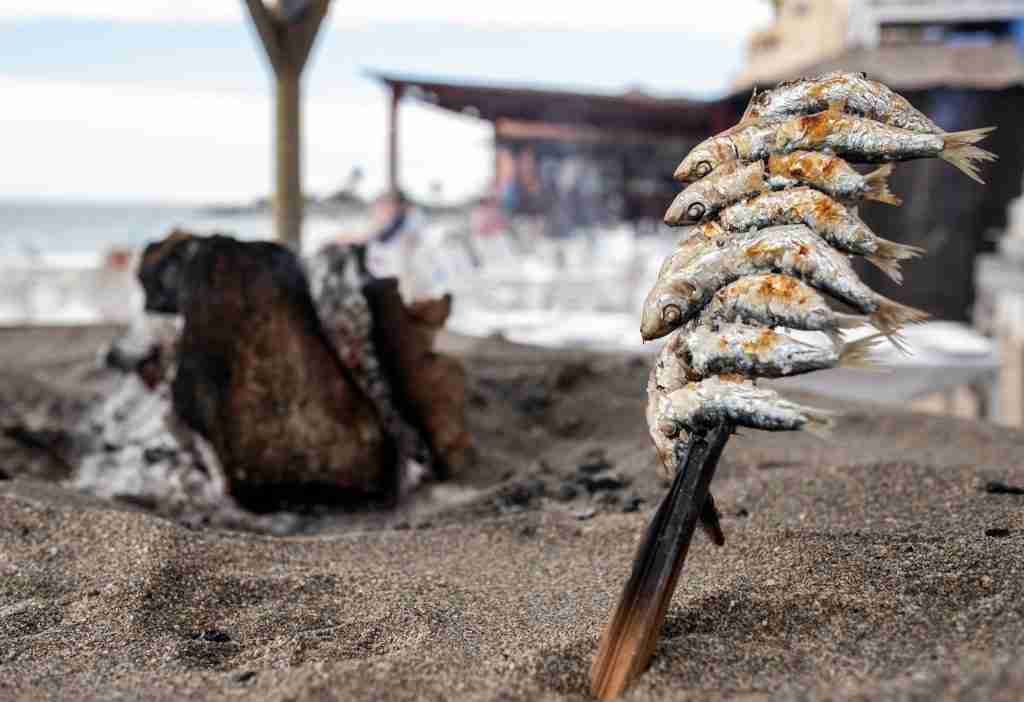 Sardine fans in the Mediterranean enjoy sardines grilled al espeto in front of an open fire on the beach but when no beach grill is available, sardines are still packed with potassium when eaten from the tin. They’re also packed with magnesium, fibre, and heart-healthy monounsaturated fats.

“Sardines are the No. 1 superfood for guys,” says millionaire Craig Cooper, who co-hosts in America CNBC’s reality-pitch series “Adventure Capitalists”. He says he eats five cans of sardines every day because “they’re a powerhouse of nutrition, so I’m kind of an evangelist for sardines amongst everyone I meet.”

Fresh fruits and vegetables are also excellent dietary sources of potassium with potatoes and spinach providing high amounts, with a baked jacket potato containing 544 mg, and a cupful of spinach, 466 mg. 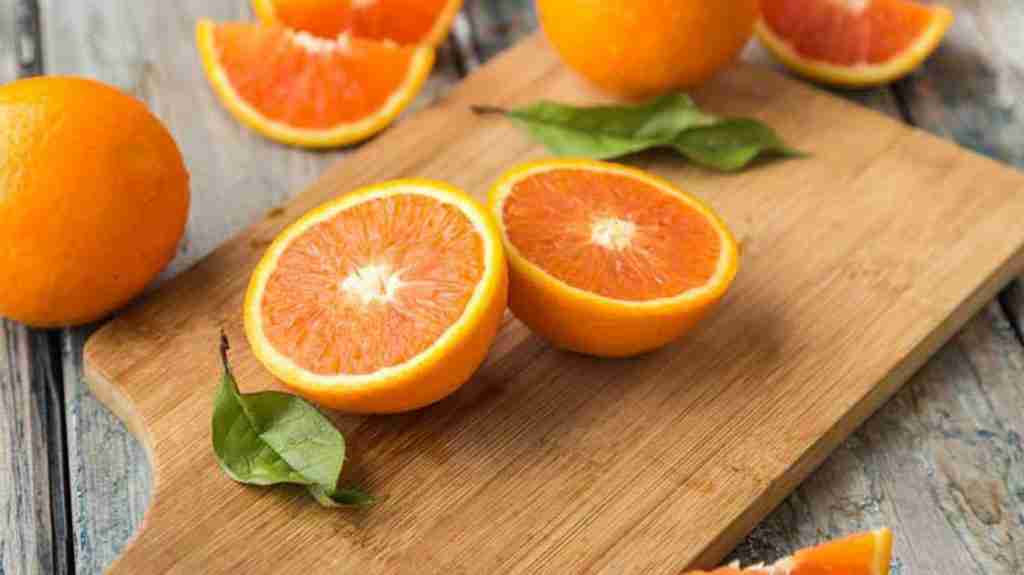 Bananas are loaded with potassium but bananas, more than other fruits, also happen to be one of the most radioactive foods because they contain the isotope potassium-40. Thanks to this isotope, everyone’s favourite yellow fruit emits a tiny amount of radiation 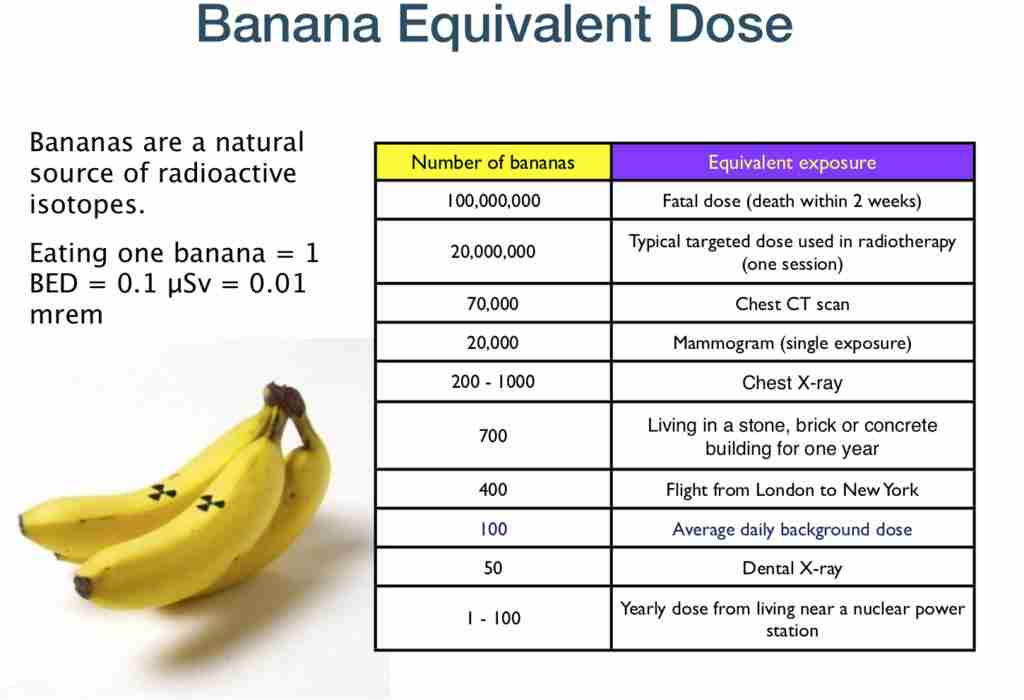 It’s comforting to know that the radioactive level of bananas is so low that the light-glow from the kitchen at night is more likely to be from the screen of a mobile phone left on on the table than from a fruit-bowl about to erupt.