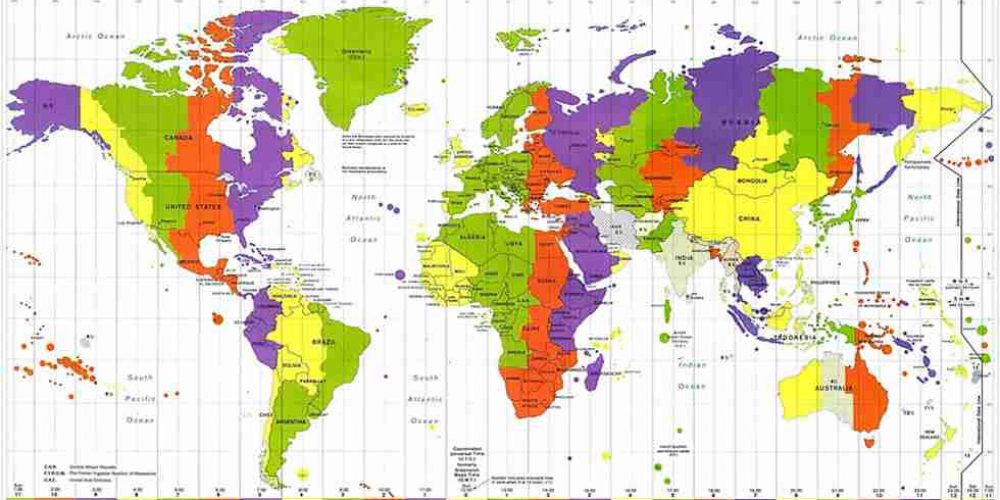 The time comes in Gibraltar and local area each year at the end of March, in 2022 on Sunday 27th, to change the time on clocks to Daylight Saving Time (DST).

Around the world clock -times will be changing except in Japan, India, Russia and China which are the only major industrialised countries that do not observe some form of daylight saving.

In DST areas clocks are turned back by an hour in the Autumn, when days are shorter, and turned forward by an hour in Spring, when the sun stays in the sky for longer. The point is to make the best use of natural daylight hours, by adjusting when people wake up and go to bed to fit better with the sunlight hours. In Europe that’s the last Sunday of March to the last Sunday of October.

Since 2007, America makes the changes in mid-March, not at end-March and in Australia the time-change is on the first Sunday in April, but being the Southern Hemisphere, clocks are put back one hour, not forward.

People may still be finding the time-changes a little confusing, at times, but fortunately ever-helpful computers and smart-phones know when and how to get the time-changes made correctly ..there has been plenty for the phone programmers to take into account when setting up the system to keep track of time in the changing locations that the phone may be in.

Coordinated Universal Time (UTC) came to replace Greenwich Meantime (GMT) with the more accurate and scientific measurements of time. Although the abbreviation does not match the term, it was used as a compromise for the translation from European languages.

UTC differs from GMT due to the 24-hour system, which starts counting from midnight. The term GMT is now not used for purposes that require precision – because of “Earth’s uneven angular velocity in its elliptical orbit and its axial tilt, noon (12:00:00) GMT is rarely the exact moment the Sun crosses the Greenwich Meridian and reaches its highest point in the sky there.”

Areas close to UK, Guernsey, Jersey, and the Isle of Man, observe the same time as the UK. Since 1982 Gibraltar uses the same time as Europe, Central European (GMT+1), all year round previously being in Spain’s time zone for five months and in the UK’s zone for the seven months of British Summer Time

The world is divided into 24 time zones, each with a unique name in the form “Area/Location”, e.g. “America/New York”. The 24 zones, created in accordance to each hour of the day, are theoretically drawn vertically like longitudes over the globe.

Daylight saving is not without controversy. Some argue that changing waking hours in such a way can affect both human and animal “biorhythms” and can cause health problems.

The possibility of health problems is one reason why the European Parliament voted for a proposal to stop moving clocks forward each March to Daylight Saving Time in 2019. The European Commission is yet to move the proposal forward, and negotiate with member states on whether or not to scrap the extra time “zone” or not.

One reason for not ending DST, along with the pandemic which put the plans on the back-burner, is a concern that scrapping the Daylight Saving Time directive will create a patchwork of time zones across the bloc.

Every country would be asked to choose to decide whether they continue to change each year to Daylight Saving Time or stay forever on “standard time.” If there is no uniformity across the borders in the single market it could make life very complicated.

In USA, Benjamin Franklin – an inventor, philosopher and American political heavyweight – first proposed the idea of DST in a letter he wrote in 1784.

The idea of moving the clocks forwards and backwards in UK was discussed by the UK government in 1908, but it never became law because it was unpopular with too many people.

In 1907, William Willett, a builder, and promoter of British Summer Time, had published a leaflet called The Waste of Daylight, encouraging people to get out of bed earlier. He was a keen golfer and he got annoyed when his games would be cut short because the sun went down and there wasn’t enough light to carry on playing.

Willett spent his life trying to convince people that it was a good idea, but DST was only introduced in the UK in 1916 – a year after he died. Interestingly, Coldplay’s Chris Martin is William Willett’s great-great-grandson – one of Coldplay’s biggest hits is Clocks, with lyrics that include “confusion that never stops, closing walls and ticking clocks..”