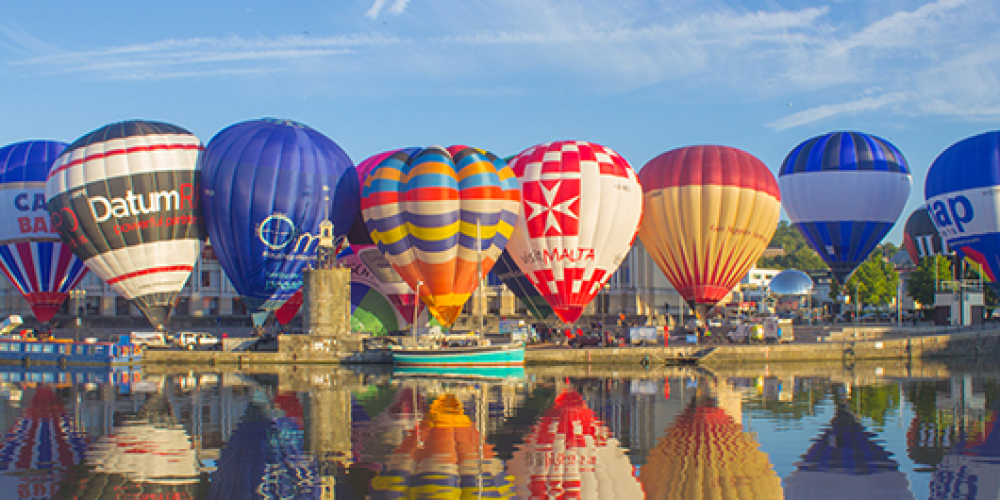 Ballooning has moved on since the 1889  balloon ascent from the Rock, some 130 years ago..these days, with skilled, experienced balloonists piloting them at events like the Bristol International Balloon Fiesta in August every year as many as 100 passenger-carrying hot-air balloons may launch in a mass ascent, to float off gracefully and peacefully over the nearby countryside.

Ballooning as an adventure had got off to a flying start, so to speak, when in September 1783, a cock, duck and sheep were attached to a hot-air balloon and launched from the Palace of Versailles, near Paris, with the animals travelling two miles in eight minutes before landing safely. After that, the way was open for larger balloons carrying people, and the age of flight began. All kinds of enthusiasts started to experiment with both hydrogen and hot-air balloons, and ascents became popular spectacles. 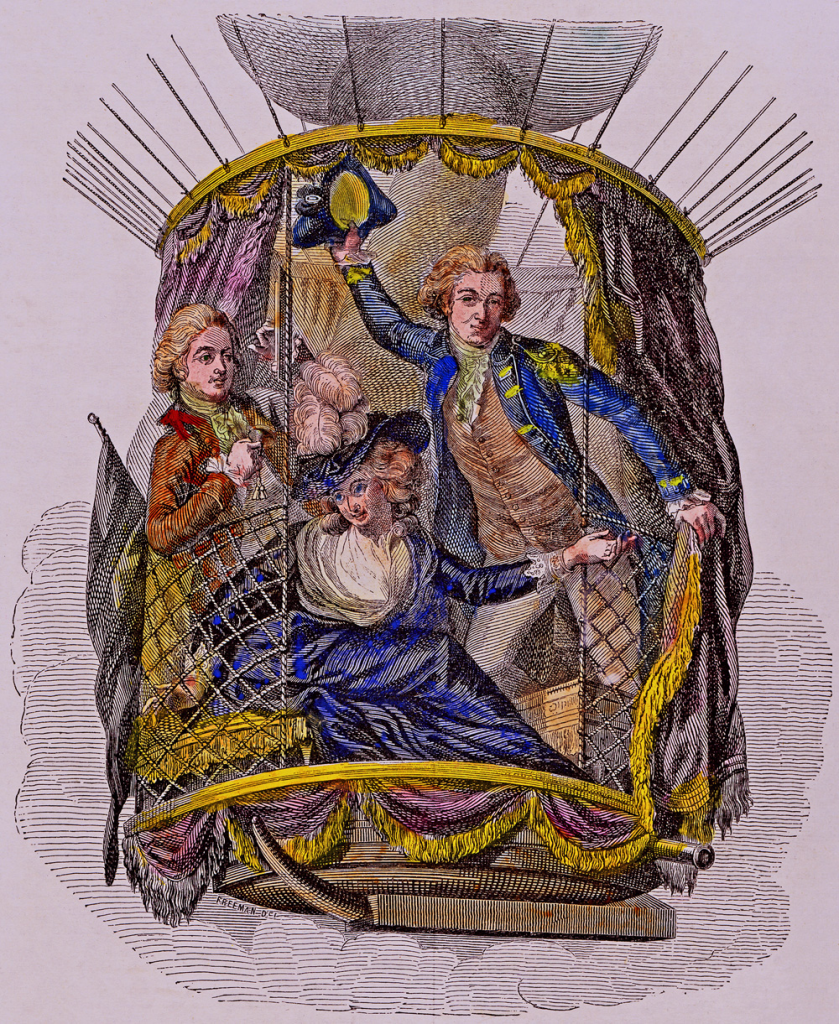 By 1878 the War Office decided that the British Army could put balloons to good use when a unit of Royal Engineers made a first ascent, with complete success. Personnel of the Royal Engineers were instructed  in the art of ballooning and by the end of 1879 five balloons were in military service.

Just ten years later the balloon ascent at Gibraltar on December 7th 1889 by Professor Dale, with four military companions, was known to be challenging, as it followed on from “a previous attempt in Gibraltar when the aeronaut lost his life”.

The record is not clear if it was an official flight, supported by military and/or scientific sponsors but the Illustrated London News later that year followed up the event with a print that illustrates the spirit of the ascent as recorded by the Gibraltar correspondent reporting into Central News with the “particulars of the balloon ascent which was made there on the 7th inst”.
He wrote ” The party consisted of Professor Dale, Captain Kirkpatrick, Lieutenant Greenfield, Lieutenant Webb of the South Staffordshire Regiment and Lieutenant Fowler of the Black Watch. 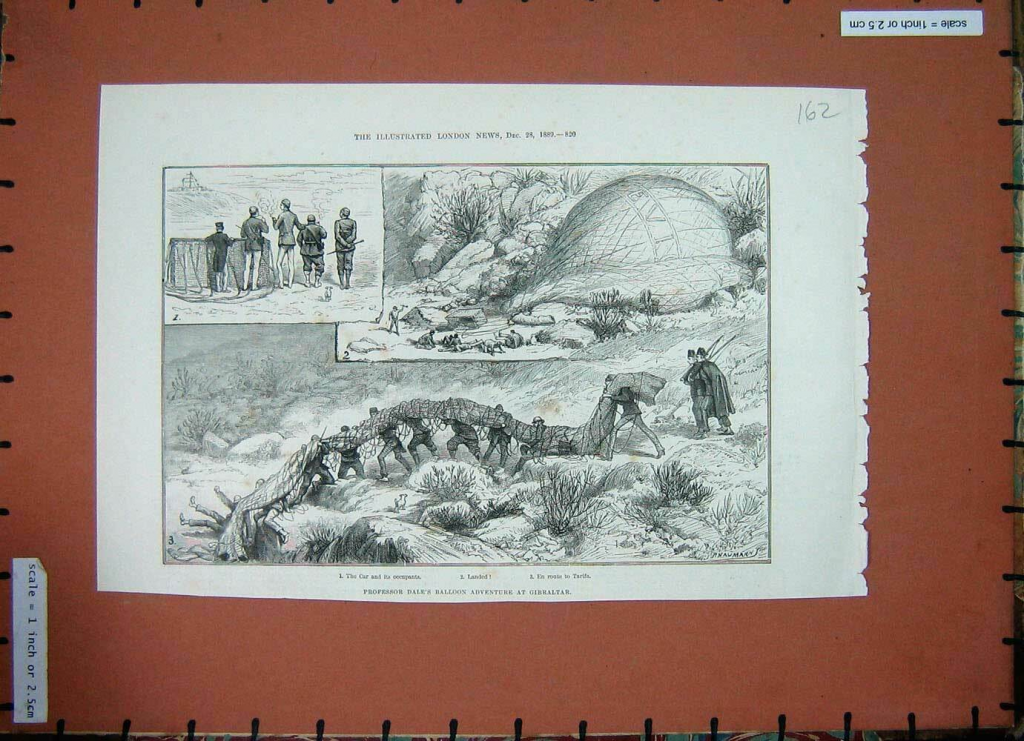 “The affair caused great local excitement as only once previously had a balloon ascent been attempted from the Rock and upon that occasion the aeronaut lost his life.
The balloon being released rose rapidly, and soon passed through the cloud which overhangs the Rock whenever an east wind is blowing. At an altitude of 5,600 ft the heat became intense, greater, in fact, than any of the party had ever experienced previously and there was in consequence a rapid loss of gas.

The balloon remained at this altitude for about twenty minutes, almost stationary as it was thought, but it was suddenly discovered that it was travelling in a south-easterly direction, and had already passed Calerata Point, the most southerly headland of Spain.
The position of the party was decidedly an unenviable, not to say a dangerous one, as there was only sufficient gas in the balloon to last for two hours. The probabilities seemed to point to a drop into the Straits and even if it reached the Africa coast the party would have found themselves  among the treacherous Riff Arabs.

“Fortunately however Professor Dale noticed beneath the balloon a wind with a westerly tendency, and dropping down to 4,000ft the balloon hit off the necessary air current, and was soon travelling at the rate of about eight miles an hour towards Tarifa. The sea was perfectly calm, and the panorama most imposing. To the north could be seen the hills about Rovela, with the Sierra Nevada in the background. To the south lay Africa, while almost immediately below the balloon were the Pillars of Hercules. The balloon had left Gibraltar at a quarter-past one, and about twenty minutes to three the aeronauts saw below them what appeared to be a gradual slope, upon which it was determined to descend. 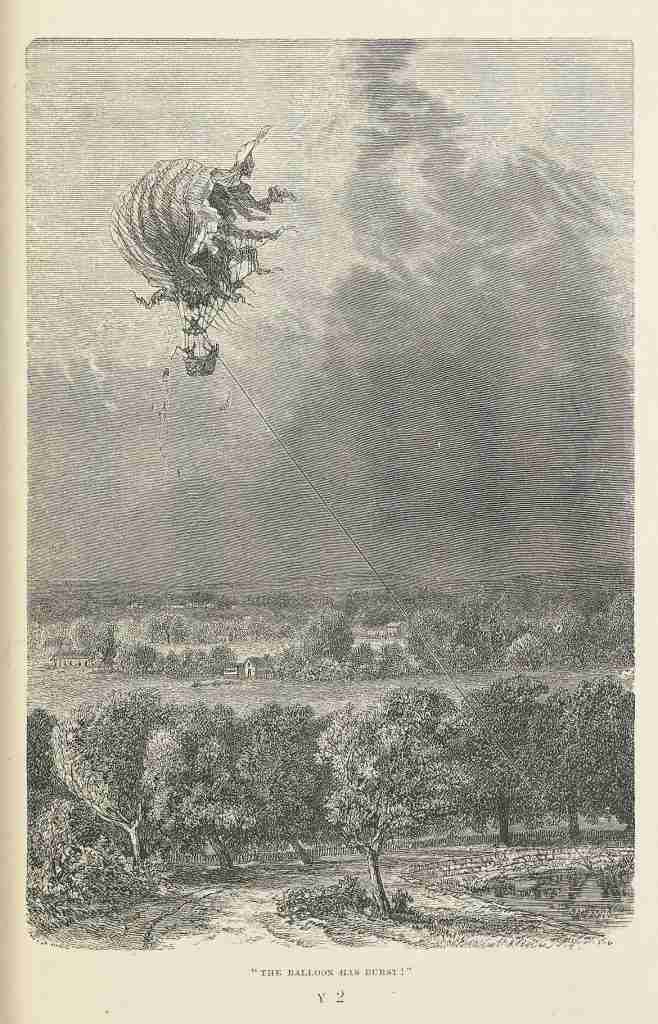 Image of an early balloon flight, 1795

“The car struck the ground upon the slopes of a mountain, and then rebounding cleared a few trees, and landed two hundred yards higher up, finally anchoring about one thousand feet above the sea on the precipitous side of a mountain two miles or so from the Tarifa road. The greatest difficulty was experienced in bringing the ballon down the rugged and precipitous side of the mountain, as it weighed seven hundredweight, exclusive of the car; but with the assistance of some peasants it was finally packed on mules.The party proceeded to Tarifa on horseback, and returned to Gibraltar the following morning.”

A look at the modern map of the area through which the balloon travelled, according to the correspondent’s report, indicated that the correspondent’s grasp of place names and directions might themselves have been a little adrift. Nevertheless, if the balloon travelled westwards for almost three hours at some eight miles an hour then the spot on the “precipitous side of the mountain” on which it landed may well have been inland “two miles from the Tarifa road”, perhaps around the Cima Cabrito, now a popular hiking area, but at that time usually travelled across with donkeys.

Wherever the balloon actually landed, in making the flight from Gibraltar to Tarifa on a, possibly wintry, December day at a height of some 4,000ft Professor Dale and his companions helped to set ballooning on its path to the future ..and perhaps one day a group of modern-day balloonists will set off on a recreation of that pioneering intrepid hot-air balloon flight from the Rock.

*Historical Footnote, 1892:
Three years after the Gibraltar balloon flight a Captain Dale perished in a ballooning accident in London.“A shocking balloon accident at Crystal Palace, London resulted in the death of Captain William Duncan Dale, age 47, and serious injury to his son and two others (one later died of injuries). 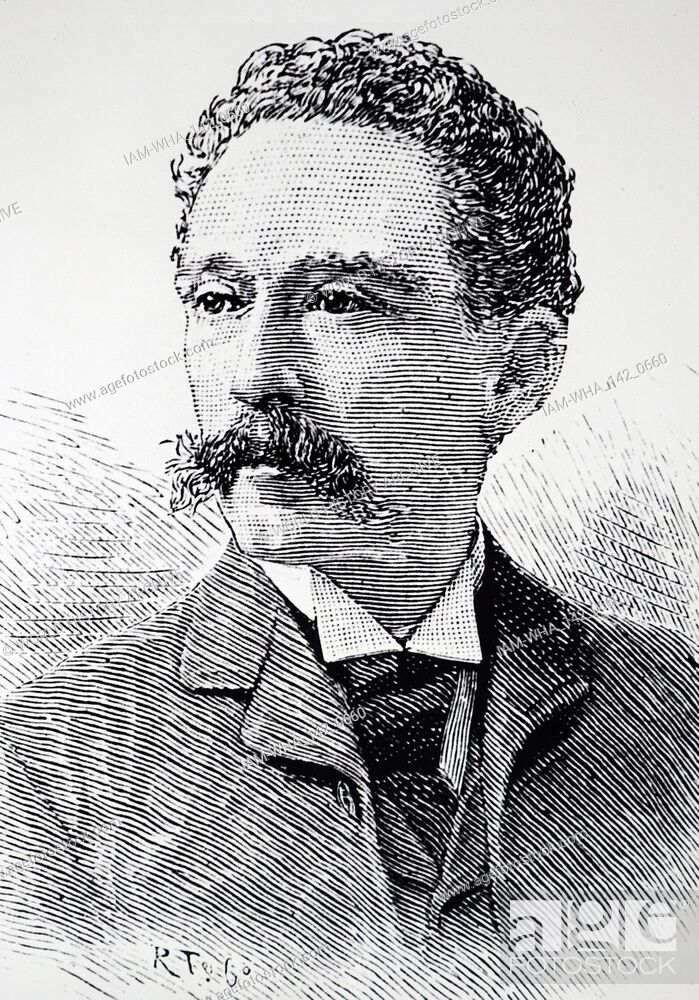 “A rent in the balloon caused the balloon to crash. The epic flight 29 June 1892 operating a Captain Dale Gas Balloon, ascending from the Crystal Palace, quickly ended in tragedy. The balloon, newly repaired by his wife, ruptured at considerable height before her eyes. Dale died soon after impact, passenger Victor Shadbolt about a week later, son (William) and MacIntosh had severe internal injuries, but survived. The inquest found that the fabric was old and weak, and patched up from several old balloons. The balloon had several previous owners (incl. Baden-Powell) and had been considered “unairworthy” years before being “rejuvenated” into two new balloons.

This balloon was one of those two; it had a serious rupture on its previous flight, and had just received extensive repairs just before inflation. Other balloon (made from the other half) was sold to Mr. Mansfield, who met a similar fate in India the previous December, 1891”