Goodbye to a Music Legend 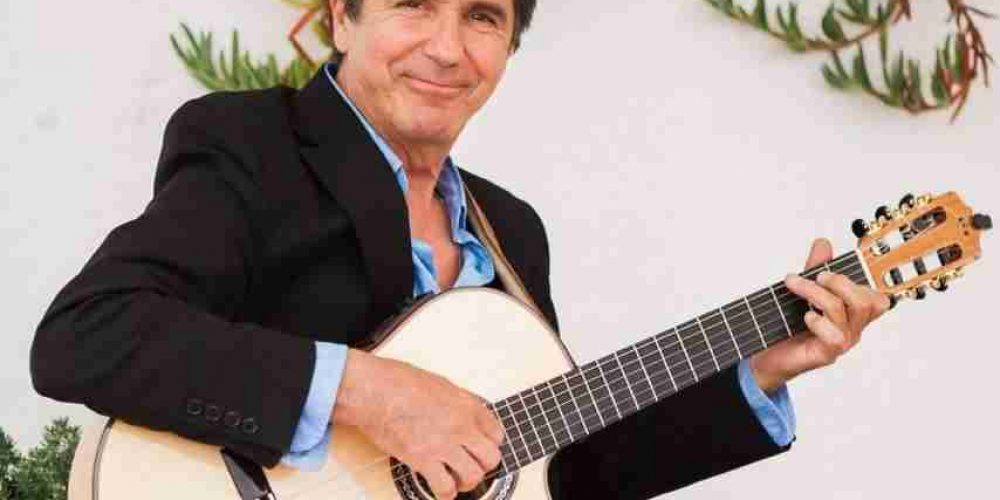 The music fraternity and many music lovers on the Rock recently said goodbye to Phillip Valverde, a local music legend, who touched so many hearts during his lifetime. If you had never met him, you would have known that the name Valverde comes from a family with a rich tradition in entertainment and music. His father, Frank, was a well known theatrical entertainer, who was funny and very artistic. Their household spawned four great musicians in Frank, Hubert, Rosanna, and Phillip the youngest and the most enduring.

Phillip was blessed with a natural talent for guitar playing and was equally at home playing electric guitar as with nylon finger style, which was his favourite medium and was what he was best known for. Throughout a long musical career, he always excelled at guitar and many years back, he used to put together ‘super groups’, which he would front at the National Day Rock Concerts.

The last band that he led was ‘The Juke Box Band’ and his guitar playing and infectious style had blossomed into a fine acoustic player, who had a gift for putting together classic songs, which suited all occasions. The ‘JBB’ was made up of Ernest Revagliate on guitar, Pepe Pau on bass and Francis Pecino on drums with Phil fronting the line-up. For nearly ten years, he would also duet with singer songwriter, Nigel Palmer on keyboard and you can still see one of their sets from last year, which Nigel filmed and posted on his Facebook page. I recommend it as a fitting tribute and an insight into a wonderful musician.
He had a knack for picking out tunes and styling them in a very pleasing way, which captivated the listener and student alike. His cover of James Taylor’s ‘You’ve got a friend’ stands as the benchmark to his style and finesse. He taught many aspiring guitarists and entertained many as a background musician at functions, but he was much more than that.

His charisma and smile was a beacon wherever he went and you could truly say that he could light up a room and easily be the life and soul of any party because he was all heart and a kind soul, who you looked forward to meeting and chatting with, but more importantly to hearing him play the nylon string guitar from which he hardly ever separated.

Phillip had beaten prostate cancer some years ago but it was not that which took him from us. He had heart complications and was on Chemo for a second cancer. It was in early April when he suffered two heart attacks from which he would not recover on Sunday 5th, barely two weeks into ‘Lock-down’, the whole of the Rock’s music community were united in shock and heaped praises on the passing of one of their gifted elder brothers.

I will just say that he was a ray of sunshine and smiles rolled into a beautiful person, who was a joy to know and it was always worth chancing a trip to his music shop in Bomb House Lane even if he had his ‘back in 10 minutes’ sign on the shop door. You would always find him in convivial company because he was a wonderful guy, who could easily have been a poster boy for Mr. Friendship.

I count myself as fortunate to have enjoyed his friendship and privileged to have enjoyed his music many times throughout a long and illustrious music career, which was cut short. We will not be the same without him and our loss is heaven’s gain where his blessed soul endures and I am sure his music too. ‘Hasta Pronto Felipe’ – go ‘Rock those Angels’ my friend’. We all loved you and you loved us back ten times over so we were lucky to live in your times.
Hasta siempre amigo!

Text By Joe Adambery
Article in the Globe Magazine