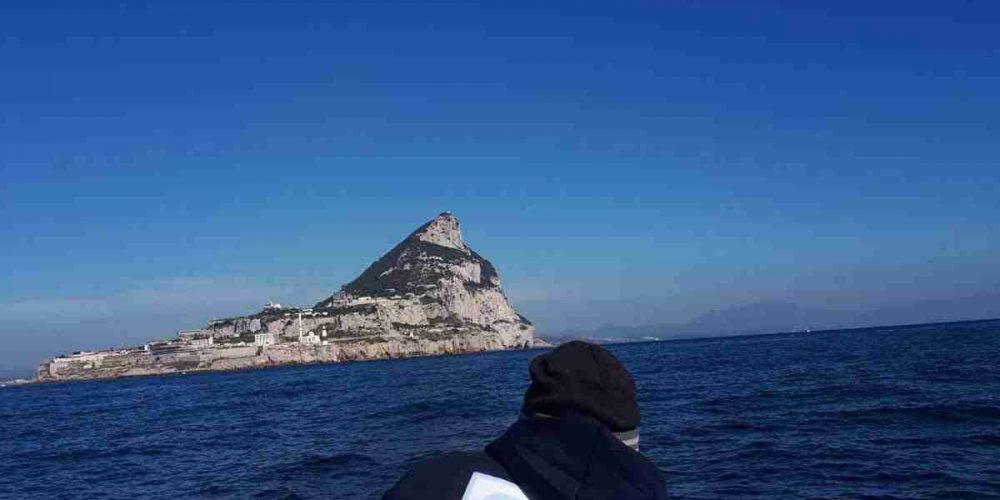 Historically positioned at the end of the known world, it was once believed that sailing out into the Atlantic Ocean would have you fall off the edge of the map and never return. Consequently, Gibraltar has been located between the known civilization and the unknown beyond. Today this view has become rather outdated and superseded with understanding of continental positions within our spherical biosphere.

However, in one respect the concept has remained steadfast. The border between the Atlantic Ocean and the Mediterranean, the Straits of Gibraltar are a dynamic ecosystem with a wealth of species diversity and abundance from both sides of the divide. As expected, poorly understood interactions between species from either ecosystem can only be studied within our local waters, making it a prime hub for marine research.

Many Cetacean species use this dynamism to their advantage. Common and striped dolphins are full time residents whilst Fin whales and Orcas are more seasonal visitors. In order to support such variety of these majestic mammals it stands to reason that marine plants, in the form of phytoplankton, are powerful drivers of the food web. Once again, there are two distinct phytoplankton inputs within the Straits, an Atlantic and a Mediterranean one, further demonstrating the unique nature of Gibraltar waters.

The marine environment around the Rock is also well protected; all sharks species are completely protected making Gibraltar an early adopter of such legislation. It demonstrates the deep understanding of the important positive interactions between predators and prey at an environmental level. Further, the four miles of marine coastline boasts marine protected areas for additional conservation within the waters.

However, a recent Western Pacific invader is presenting cause for concern. A brown alga imported into France in 2002 with Japanese oysters has established itself within the western Mediterranean basin on both the African and European coastal shelves. The invader has managed to cross the environmental border into the Atlantic and is present from Tarifa to Cadiz. It is displacing local flora with potentially dire consequences for local species unless it is brought under control.

Local investment into researching the algae should help determine the best strategies for dealing with this conundrum and going forward there is a huge scope for many other research questions to be tackled. What makes Gibraltar unique in this regard is the border between a sea and an ocean. A far cry from falling off the edge of the world, from a research perspective, the sky is the limit in Gibraltar.

Written by Lewis Stagnetto, Marine Biologist for The Nautilus Project