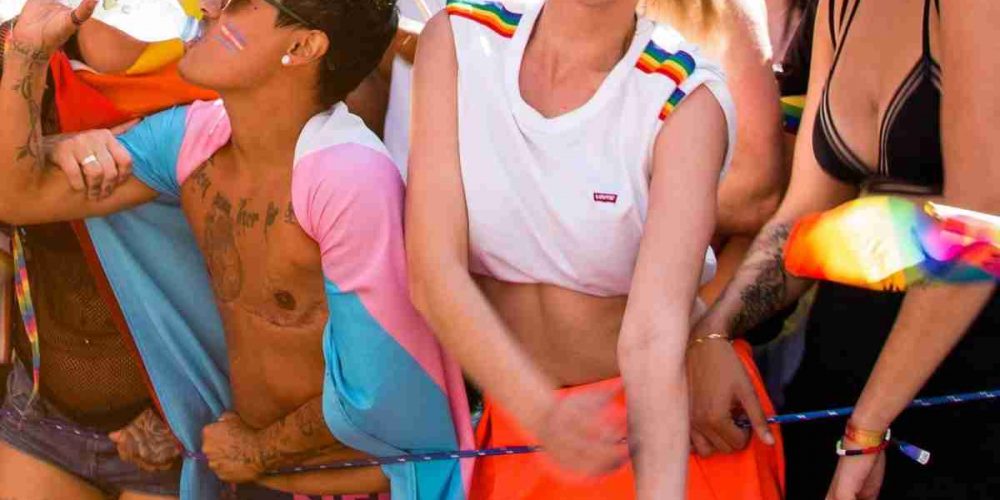 Why have a Pride?

Pride festivals today serve many different purposes. It’s a chance to celebrate, of course. And while many of our biggest gay prides around the world celebrate our identities (and we’ve got many!), there are still so many reasons why pride matters now just as much as it has in the past.

Because there’s still more work to be done

Equality is being threatened around the world. Even with marriage equality available in an increasing amount of countries, some are backtracking, and others are still refusing to recognise equal rights.

It might be easy to see the increased visibility of queer people in our culture as a sign of progress. And it is, but it’s not enough. There are more and more queer characters on our TV shows and in our movies. LGBTQ+ movies are finally getting the recognition they deserve—with mainstream media attention and darlings of the award circuit.

There are still gay “purges” in Chechnya. Beirut was forced to cancel what would be the Arab world’s only LGBTQ+ pride. You can still be fired in many USA states and cities simply for being gay or lesbian. And there are hundreds more stories about LGBTQ+ inequalities around the world.

Gay pride festivals are a reminder of what’s been done, and a push to keep working toward full equality. As mentioned above, there are still so many rights unavailable to LGBTQ+people around the world—even in the most progressive countries.

Because visibility is important

Visibility is so important to those young queer boys and girls—the ones who aren’t sure if they’re alone in the world. To get people talking about a beautiful and vibrant LGBTQ+community (however diverse it is) certainly helps. Especially for the many subgroups of the community: transgender men and women, disabled, handicapped, HIV+.

There are so many unique parts of the LGBTQ+ community and everyone deserves respect and attention for their cause. Full equality isn’t just the right to marry. It must take in all of our unique differences. And visibility is oftentimes the first step for gaining support and recognition.

The Aims of Gibraltar Pride

Aside from the festival itself, Gibraltar Pride will operate throughout the year to support the LGBTQ+ communitywithin Gibraltar:

Act as an umbrella to bring together existing support organisations that offer services for the LGBTQ+ community
Host regular events throughout the year, such as monthly coffee mornings and social fund-raising events, plus sexual health support and awareness sessions
Build close working relationships with schools and colleges to help engagement with the younger generations
Work closely with the government and act as a voice for the local LGBTQ+ community
The Festival Itself

Although the long-term aim is to run a longer event, we are looking to start with a one-day festival to be held on a Saturday. It will be a day full of colour, fun and everything LGBTQ+, including drag performances, live music plus headline artists.

Since we feel it especially important to engage with the younger community, the day will be family friendly, with daytime cabaret performances catered specifically for children.

It will also be an event that appeals not just to the LGBTQ+ community, but also to the wider community as a whole. We feel it is crucial to create an event which is open to all and which will attract a diverse audience since this is the only way to help break down barriers and encourage integration.

Subject to the location and availability of facilities, we would like the day to consist of the following:

A short walking parade which is open to entrants who have pre-registered. The route is still to be determined subject to availability and we would anticipate this commencing from 12pm.
The parade culminating in a location to be determined which will include a main stage, food and drink vendors, plus local community/charity stalls. The entertainment would start on stage when the parade arrives on site, with opening speeches, and continue into the evening.
Opportunities for Gibraltar
Aside from providing support to the local LGBTQ+ community, Gibraltar Pride will bring benefits to the country as a whole.
It will attract visitors to the rock for the festival itself
It will help to demonstrate that Gibraltar is an LGBTQ+ friendly country
It will help to overcome the stigma that is sometimes attached to being LGBTQ+ and help to break down barriers in the community
It will help the younger generation to accept that it is OK to be yourself without fear of retribution or discrimination
It will enable local businesses to demonstrate diversity within their workplace
It will allow the government to celebrate the steps that have been achieved regarding equality for the LGBTQ+ community
The Team Behind Gibraltar Pride

The team currently consists of Richard Easter, Hayden Rankin, Jamie Ward and Aran Nugent. Together, they have run large outside events at The Yard Gibraltar’s sister venue in Coventry, including a yearly two-day Pride festival each June.

These events have grown in popularity each year and now attract thousands of visitors. They are now seen as a key part of the event calendar in Coventry and have been seen to be instrumental in changing what were previously quite homophobic attitudes within the city. They have been host to headline acts including Girls Aloud, Sugababes, S Club and Sonique, plus many more.

As a team, we are hosting meet and greet events to engage with the local community and look to recruit volunteers to help with the event.

How Will it be Funded?

Gibraltar Pride will be a not-for-profit organisation and will rely entirely on donations and sponsorship.

We plan to offer sponsorship packages to local businesses and hold fund raising events to help support the event, however using our existing contacts and connections, it is hoped that we can secure discounts on artists fees etc. for this year.