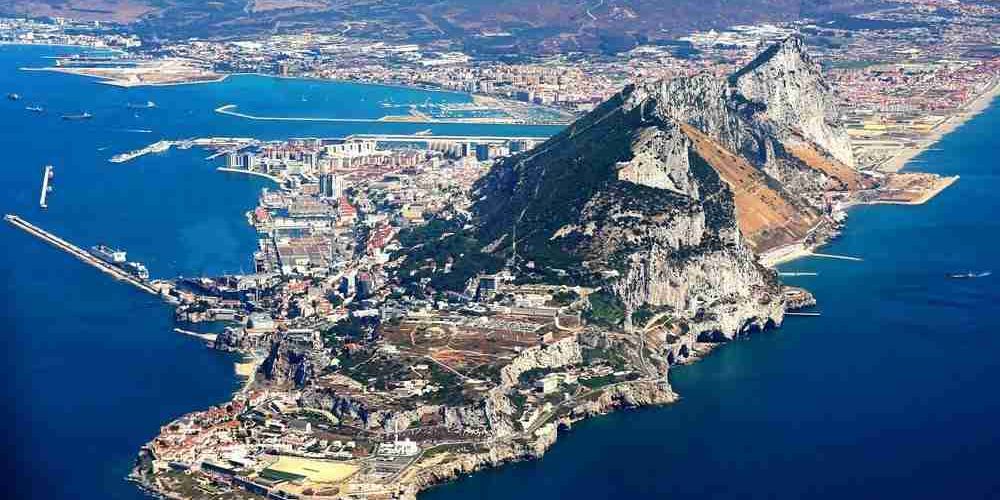 Location & Size
Gibraltar is situated at the southern tip of the Iberian Peninsula. It is recognised historically as the southernmost point of Europe and is also strategically positioned at the western end of the Mediterranean, forming one of the ancient Pillars of Hercules. The nearby countries are Spain to the north and Morocco (North Africa) to the south, on the other side of the strait 24 kilometres (15 miles) away. The Rock is mainly Jurassic Limestone some 200 million years old.

Climate
The climate of Gibraltar is considerably affected by local topography and the proximity of the Mediterranean Sea and Atlantic Ocean. Because of its location, on the edge of Europe, close to Africa and as guardian of the strait, linking the Atlantic and the Mediterranean, Gibraltar is at a place of meteorological extremes.

Gibraltar’s weather is governed by winds that blow through the strait from easterly or westerly directions. In summer, the mainly dry season, the wind from the east or ‘levante’ brings warm and humid conditions and generates a rather persistent ‘Rock top’ cloud that hangs over the city area. Sea fog is not uncommon on these occasions. The westerly wind, however, brings hot, clear and mostly dry weather. Summer is dry and warm with an average of 10.5 hours of sunshine per day.

Language
The official language is English and all residents follow the British education curriculum, sitting their GSCE’s and A’Levels as they would in mainland UK. However, Spanish is widely spoken, in fact it is the unusual unofficial ‘dialect’ call ‘Yanito’, a mixture of English, Spanish and some Italian words, which is frequently spoken among the locals.

To some outsiders who only speak either English or Spanish, ‘Yanito’ may sound vaguely familiar, as speakers appear to switch languages in mid-sentence. One feature of the language is the pronunciation of English words with a Spanish intonation. All Gibraltarians, also speak standard Spanish when conversing with Spanish speakers.

It seems that, in the first decades of the 19th century, ‘Yanito’ was full of Genoese words, later substituted mainly by Spanish and some English words. There has been a Jewish community in Gibraltar for many years and this has resulted in a significant Jewish influence on the language.

Shopping
Gibraltar is a well-known for its VAT-free shopping. With a wide variety of stores to choose from, visitors are spoilt for choice.

Most of Gibraltar’s retail establishments are located in Main Street and the surrounding area. This busy street runs throughout the entire length of the city, from Casemates Square to Southport Gates. Stores along this pedestrian-friendly thoroughfare sell everything from clothes to locally produced crystal. Other side streets such as Irish Town and Engineer Lane are very quaint to walk through and have a number of small shops located within the picturesque old buildings.

Gibraltar has low prices on certain items such as perfumes, cosmetics, jewellery, tobacco and spirits. Many shops also boast excellent deals on brand name sunglasses and watches. As with anything else, it is a good idea to compare prices at several shops so you get the best value for your purchases.

Crystal and porcelain are items that are also very reasonably priced. On the top floor of the same magnificent building there are a selection of interesting shops some of which sell works of art and locally made handicrafts. When using ATMs and making purchases in Gibraltar, be aware of exchange rates. Most retailers accept Euros and Dollars, however, to ensure the best rate convert your currency at a bureau de change, of which there are plenty or pay with your credit or debit card.

However, should you wish to exchange your foreign currency there are plenty of banks and Bureaux de Change that will charge no commission on the exchange of bank notes. Although most places will generally offer the same exchange rate, if you are changing significant amounts it is advisable to search for the cheapest rate going. It is also recommended that when paying in a foreign currency at a private business that you ask at what rate you will be charged.