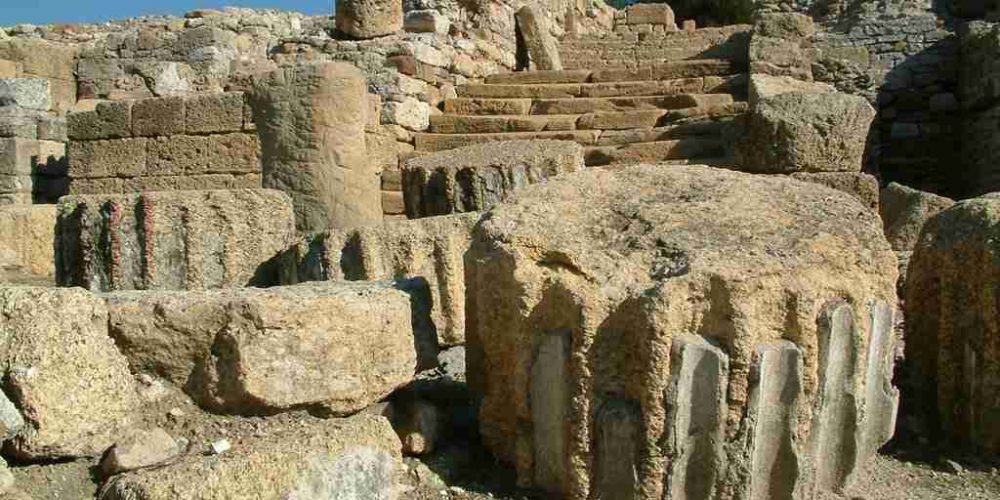 Carteia, the very name evokes nostalgia and grandeur. The City of Carteia was a magnificent ancient settlement located in the centre of the Bay of Algeciras, North West of the Rock of Gibraltar, then known as Monte Calpe within the borough of San Roque.

Remarkably, during the Roman period its citizens were the first Latin colony to achieve the same status as the people of Rome in the whole of the Roman Empire in 171 A.D.

The artistic and economic might of Carteia reached its peak between 171 B.C. and 150 A.D. when the city became the most relevant Mediterranean producer of garum, a dish made of salted fish which became so popular in Rome that the metropolis recognised Carteia as the main supplier of this superb delicacy.

Nevertheless, Rome was not the first to set its eyes on these shores, Phoenicians and Canaanites sailing from Ascalon (Israel) and Tiro (the Lebanon) reached the Iberian Peninsula and set up a trade post and fortress here in around 700 B.C.

When we talk about Carteia, fact and myth are often mixed together as we delve further back into the mists of time.
The halo of legend lies over the site due to the proximity of the Pillars of Hercules, Gibraltar and Mount Abyla, just across the Straits, in Morocco where the tranquil water of Mare Nostrum (the Mediterranean) and the treacherous depths of Mare Tenebrosum (the Atlantic) meet.

The legend of Hercules is set in this idyllic part of the world, Andalusia. The Greek hero is said to have come to this place to carry out four of his twelve feats. The first, stealing King Geryon of Tartesso’s herd of oxen from their ferocious guardian, Eurythion and his loyal guard dog, Orthus. The second, separating Africa and Europe by opening the Straits of Gibraltar with his bare hands and third, stealing the golden apples from the Hesperides’ sacred orchid and lastly, outwitting Atlas to put the World and the heavens back on his shoulders.

The Ancient Greeks and Romans believed Carteia was very close to the edge of a flat world. Therefore it was no wonder that rituals were held in Gotham’s Cave in Gibraltar by oracles to foresee whether it would be safe to venture out into the Unknown from the Port of Carteia.

With the demise of the Roman Empire in the 5th Century A.D., Carteia was abandoned and shortly afterwards, inhabited by the Visigoths in the 6th Century who altered the Roman temple and built an impressive necropolis.

In 711 the Moors crossed the Straits and landed in Carteia where they built the first mosque in Europe on the Spanish Mainland. For centuries Islam and Christianity waged war to gain control of Al-Andalus and the Cartagena Tower fortress at Carteia changed hands countless times.

During the Golden Age of the Spanish Empire during the reign of Phillip II, when the sun never set in his domains, the Rocadillo Tower was erected to defend the coastline from Berber pirates and the mighty Ottoman Empire until the Battle of Lepanto in 1571.

When Spain lost Gibraltar in 1704 during the War of Succession, some of the inhabitants decided to settle on the site and build a new Carteia from the ruins. Fortunately for modern archaeologists, they deemed the site too dangerous to use as it was within firing range of British warships and they moved further away and founded the City of San Roque.

Iberians, Canaanites, Phoenicians, Carthaginians, Greeks, Romans, Visigoths, Moors and Spaniards, each civilisation has left its unmistakable mark on this marvellous land we call Andalusia and have made it one of the most breathtaking places on Earth.