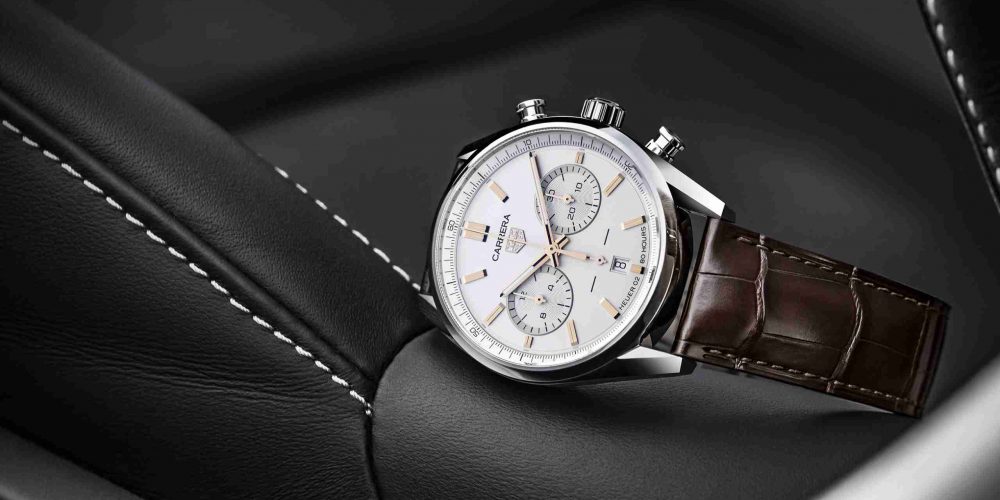 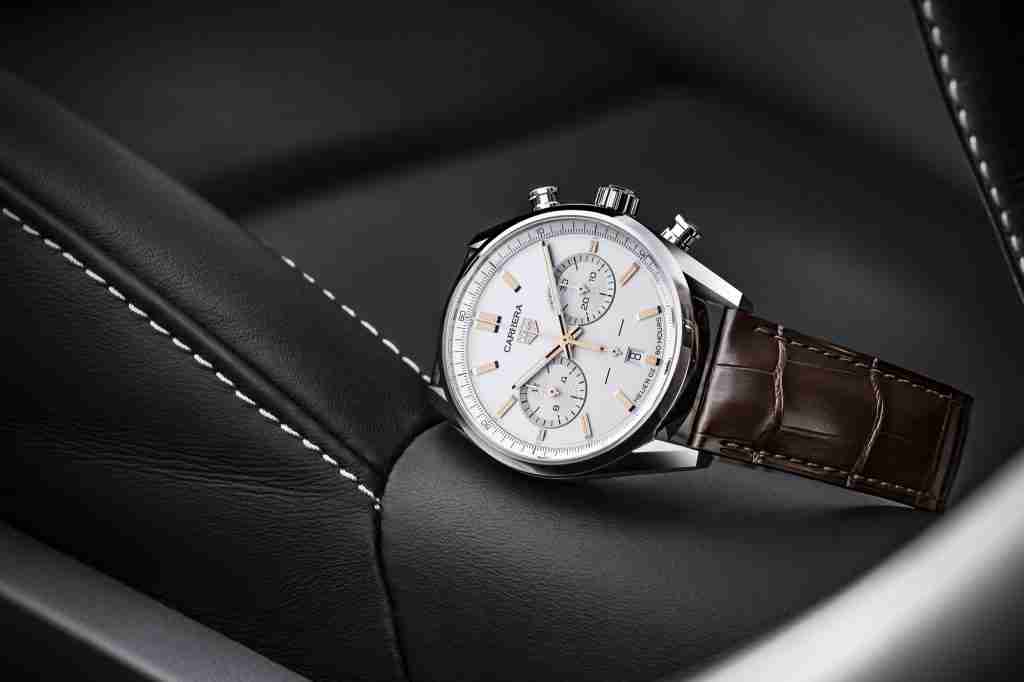 TAG Heuer are one of the most iconic and well known watch brands in the world, with a number of famous collections such as the Formula One, the Aquaracer and the Monaco.

But for this article, we’re taking a look at their most famous range of all, the Carrera. In September 2020, TAG released four new Carrera Chronograph models that instantly got heads turning and their loyal fans falling further in love with the brand.

A watch that has always managed to perfectly navigate the balance between elegant design and technological brilliance, this new Carrera doesn’t break from the models well-loved stylings whilst pulling the aesthetics into 2020.

We’re going to have a look back at the history of the Carrera before diving into the new Chronograph range, their respective specs and a look at where it fits into the wider watch market.

Head of Heuer at the time, Jack Heuer wanted to create a watch perfectly suited for the best race car drivers in the world. After meeting with the Rodriguez brothers in the early 1960’s, Jack was introduced to the Carrera Panamericana race.

Lauded across the globe as one of the most exciting and dangerous sport races in the world, the Carrera Panamericana saw drivers race from border to border across the open roads of Mexico. By the time Jack caught wind of this race, it had been discontinued but that didn’t deter him. He sought to create a watch which emboldened the spirit of the iconic sporting event.

In ‘63 the Heuer Carrera 2774 was born. It was completely built for race drivers, aiming to be the easiest to read watch when driving at speed, whilst maintaining all the features needed to accurately time races and measure speed! This came in the form of the chronograph feature, the main appeal of the watch!

Into the 1970’s the Carrera started to break ground in watchmaking history. Alongside collaborators such as Hamilton and Breitling, the Carrera Calibre 11 became one of the first automatic chronographs.

Carrera then pushed the bar with design again, becoming one of the first watches to incorporate a barrel design and experiment with bold and bright dial designs. Heuer as a brand became a chief sponsor of the then up and coming sport of Formula One, further cementing their race car association.

The Carrera was discontinued in 1984 amid the Quartz crisis, with the Heuer brand suffering alongside the entire Swiss watchmaking industry. Jack was forced to sell the brand, with the tech brand Techniques d’Avant Garde taking the helm. It was then rebranded to the now famous, TAG Heuer.

Since its relaunch in 1996, the Carrera has been one of the most popular watches across the globe. Incorporating the classic motorsport style and functionality it was founded upon, the watch continues to modernise and compete in a crowded motor-watch market. You’ll find it held up against heavy hitters such as the Rolex Daytona and the Omega Speedmaster, with many loyal to the brand always insisting that despite being the much cheaper watch, it more than holds its own!

As mentioned above, the new Chronograph range launches with four different models to suit different tastes. Let’s take a look at each in turn.

The first Carrera Chronograph combines the classic steel/blue face combo atop the elegant stylings we’ve come to expect from the Carrera range. In many ways, it’s hard to go wrong here and the combination works well for those looking for a day-to-day sports-style watch.

Much the same as the previous model, this Carrera Chronograph matches steel with a black face to again give a unique take on a classic combination. It will likely come down to personal preference between a blue or back face when comparing these models as the specs are otherwise identical.

If you’re a fan of leather rather than steel, this is the first of two models which might be right for you. Combining an alligator brown strap with a matte grey face, this model will be perfect for day-to-day office wear whilst not looking out of place when equipped for dressy occasions.

The final piece in the range is definitely the crown jewel. This model combines the brown alligator strap we’ve just seen with a classy rose gold and white dial. This is most definitely the highest class model of the four. Given the rose gold, it may be one you reserve for formal, dressy occasions rather than as a day-to-day accessory.

The great thing about these Carrera Chronograph models is that choosing between them can be done entirely on aesthetics. Each watch utilises the exact same movement, with the exact same specs so there’s no advantage to be had functionally from any individual piece.

Here’s a high level look at the specs across all four models:

As always, one of the key questions when buying a watch is the price and the new TAG Heuer Carrera Chronograph puts itself towards the budget end of the luxury market.

Both of the steel models sit at the lower end of the range coming in brand new at £4,395 when purchased directly from TAG Heuer. Unsurprisingly for a watch this new, at the time of writing there are very limited second hand deals to be found with caution advised for any prices you find lower than this amount.

The leather/grey model also comes brand new from TAG at £4,395 meaning you can get the more formal piece at the same entry-level price which is great news!

The premium leather/white/rose gold model comes in slightly higher at £4,550. This is to be expected given the more premium rose gold found on the dial but isn’t a much greater investment for those looking for some gold accents.

To finish up, we wanted to take a little look at where this new Carrera Chronograph fits into the market. If we directly compare the £4000 – £5000 range of luxury chronograph watches, there’s a few which stand out.

Breitling Navitimer 1 – If you’re really looking to get into the specifics of navigation, speed and time, the Navimeter puts itself up against the Carrera nicely. The face design is much busier than the Carrera’s but for those who love science, it might be a better choice.

OMEGA Speedmaster – We’ve already called out the Speedmaster in this article but it’s hard to ignore the comparison at this price point. The watches are incredibly similar with a buying decision likely to coming down to personal preference on design and brand.

Bremont ALT1 – Whilst not very well known, the Bremont ALT1 is another chronograph watch that sits at this price point. For those that like something different, the Bremont might be worth a look but it doesn’t outshine the Carrera in any particular department. Again, it will largely fall to personal preference on brand and design.

The Carrera has been around for a while now and since it’s relaunch in the 1990’s has been an incredibly popular watch across the globe. This latest Chronograph edition will appeal to many that cherish the design styles of the past with the slight modernisation of a 21st century timepiece.

With four different models to choose from, there’s plenty of variety with this new sub-range, and we’ll be keeping a close eye on its public perception over the coming weeks and months.

We really like the new TAG Heuer Carrera Chronograph, do let us know your thoughts and if you’ll be adding it to your collection!