The Impact on Horology 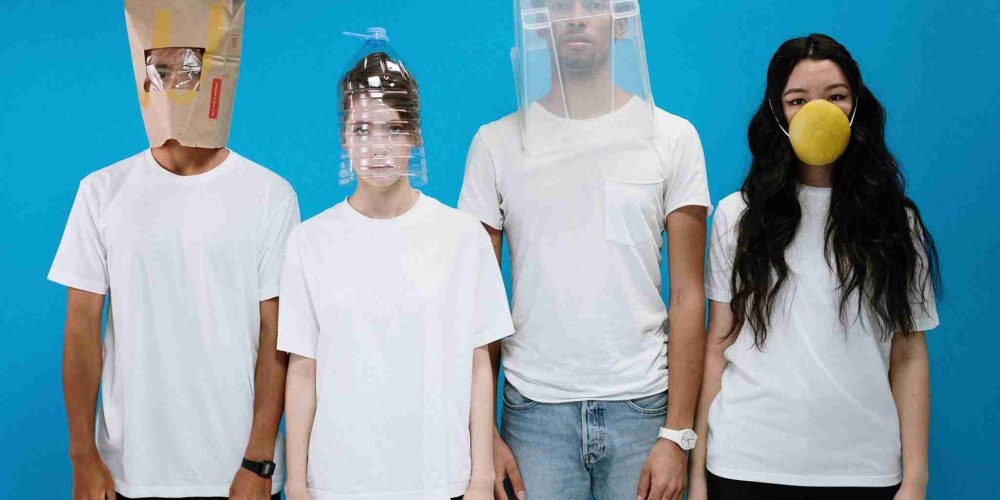 Gibraltar has always been a place that has found itself as a spectator to global events. The coronavirus however changed this; suddenly we are participants in the live televised global thriller called COVID-19. For those of you that don’t know where Gibraltar falls on the map, it is the last frontier in Europe located between Spain and Morocco. It is a boiling pot of cultural goodness with a spice added from the 11 million visitors that travel to see the famous Rock every year. We are a place that relies on a substantial workforce that crosses the border on a daily basis to serve our economy, playing pivotal roles in key local areas such as finance, gaming, hospitality and the health industry.

Our Rock has survived 17 sieges and remains to be one of the most disputed pieces of land in the world due to its strategic position. It is directed by a progressive government and is a place where the new and old-world meet, creating a contrast that compliments and enriches the DNA of every Gibraltarian. It is in times like these that I can see the true spirit of what makes up our identity. Our Government has provided full transparency throughout this crisis in the form of daily message updates and press conferences round the clock.

Coronavirus is having ripple effects beyond its upending of daily life. I am sure that also we at ‘Watch & Bullion’ will be seeing a big hit. The outbreak has dramatically reduced the number of shoppers across cities and forced companies to close their stores. And our neighbours in Spain have been put on national lockdown, declaring a state of emergency on Friday 13th March.

The Dow Jones fell more than 2,000 points the previous Monday, over growing fears about the outbreak, as well as, rock bottom oil prices. Markets in Europe and Asia also reacted, in one of the worst weeks for stocks since the 2008 financial crisis. Sure, the stock market isn’t the economy, but it’s a signal that investors are concerned about the economic outlook for the coming year. And because there’s still so much we don’t know about the virus, it makes the potential economic fallout so uncertain.

Having talked about coronavirus in general, as well as, how it has affected us in Gibraltar, I now want to pass on the word to Simon, our Editor from Germany. Together, we have been following the events of the Covid 19 virus extensively in many late night ‘WhatsApp’ chats and calls. He will give you an insight into his take on what has been happening, and how it already has affected the watch market, and what it might mean for our industry as a whole.

A word from our editor: the impact of coronavirus on horology Corona, a word with a new-found meaning; it used to be the name of a Mexican brew that a German would refuse to call beer. Now it refers to a virus that within only a few months managed to change the way we live. We are talking about whole countries under quarantine, a borderless continent closing its borders, and the public trading toilet paper like it is a rare commodity.

This pandemic is unlike anything I have ever seen in my life, although to be fair I am not particularly old. While I am hopeful that within the next few months things will start going back to normal, I also believe that the knock on effects may be felt for a long time after the virus is gone. Regardless of the outcome, we can already be certain that this is an event for the history books.

In my mind, Corona is the perfect example of a Black Swan event. The term was popularized by Nassim Taleb‘s book “Fooled by Randomness” in 2001 and later expanded upon in “The Black Swan” in 2007. He describes a Black Swan event as having three key characteristics. It comes as a surprise: Check. It has a major effect: Double Check. It will in the aftermath be inappropriately rationalized with the benefit of Hindsight: To be seen.

In his amazing books, he explores how humans tend to be blinded by these rare events as we tend to naturally underestimate extreme events, which have low probabilities. Given that I am no expert on the COVID-19 Virus or pandemics in general, I will however refrain from going too much into the details of the virus itself. The only thing I do know for certain, however, from my experience working in the healthcare field is the following. Make sure to be more vigilant of your personal hygiene than ever to help slow down the spread and reduce pressure on our hospitals and medical staff.

A field I know a little more about is Watches, so in this article I would like to take a closer look at the possible implications of this virus on the industry we so cherish. Like a check hook that you don’t see coming, the virus has already delivered a serious blow by being responsible for Baselworld to shut down for the year; something that has not happened in the last 102 years.

Taking a step back, the watch industry has been in an interesting situation in the last decade. We experienced extremes that went into every direction. While on the one side exports have been rather fickle, the steel classic continue to be completely sold out and trade for up to 100% premiums on the MSRP. While cheaper brands get swallowed up by the likes of the apple watch, prices in the vintage market have shot to the moon very much like they do in a bubble.

What’s more, the industry has in recent times shown a tendency to become more and more top-heavy, showing signs of an oligopolistic market; those at the top not only manage to grow their market share but also increasingly control their supply through means of selling directly to the customer rather than through a jeweller as was industry practice. While this is not something you usually want to see, it becomes particularly troublesome when the industry as a whole suffers, as in harsh times only the strong tend to survive, further eradicating competition. And Corona promises to bring us harsh times.

Now what happens when a Black Swan event comes along that will make the demand for luxury watches plummet? There will be a restructuring of the industry. Direct impacts will most likely be seen in drastic reductions in demand from the Asian markets where the outbreak started. While Hong Kong still faces massive political turmoil, China has put entire cities under quarantine, both events where the appeal of a luxury timepiece falls flat for the biggest and third biggest export markets respectively. The already struggling European market will surely do no better with borders closed and the 9th largest watch export nation, Italy, being put under a complete quarantine. Then there is the travel market, not only will holiday destinations see their walk-in-business plummet, but all the airport malls can basically shut down for the time of the travel bans.

The supply side will not remain untouched either. Rolex, Audemars Piguet, Patek Phillippe and Hublot have already closed down their production facilities and it’s unclear when they will actually open again. While these big brands can afford to lay off for a few months, just think of the magnitude of that statement. What about the smaller independent producers, do they have the reserves to sustain a multiple month production halt where all your fixed costs like rent and labour eat into your cash reserves? And let’s just leave our little horological world for a second. What about the middle and lower income people, the day labourers, and those whose boss has to shut down because they never had the cash flow to survive something like this in the first case.

I am no believer in trickle-down economics, but trickle up economics is very real in my mind. The middle class will have to take the brunt force of this pandemic and the possible implications for the economy, as well as, the many individual lives behind it are massive. In my eyes, the coronavirus has all the ingredients to become a perfect storm, to become the 21st century quartz crisis.

I know nothing about what exactly will happen to the watch world, no one does. The major restructuring towards an oligopolistic market through the culling of smaller brands at this stage, however, is in my eyes not only a possibility, but a high probability. Beyond just thinking about opportunities (I am still trying to get a steel Daytona and hope this might grant me a spot on the list), I think corona should be a time for us to reflect. To reflect about how it feels to be in a crisis where you may want to escape your own home for fear of your life, and our position on refugees. To reflect on our healthcare system, and the respect we pay to the nurses and doctors, who are literally on the front line of this war. And to reflect on us as a community, whether humanity can find the strength to put aside our differences and in solidarity combat an enemy, who we cannot see. I remain optimistic, and would advise you to do the same. Keep your distance, wash your hands, and enjoy your watches!

Article By Courtesy Of Watch & Bullion