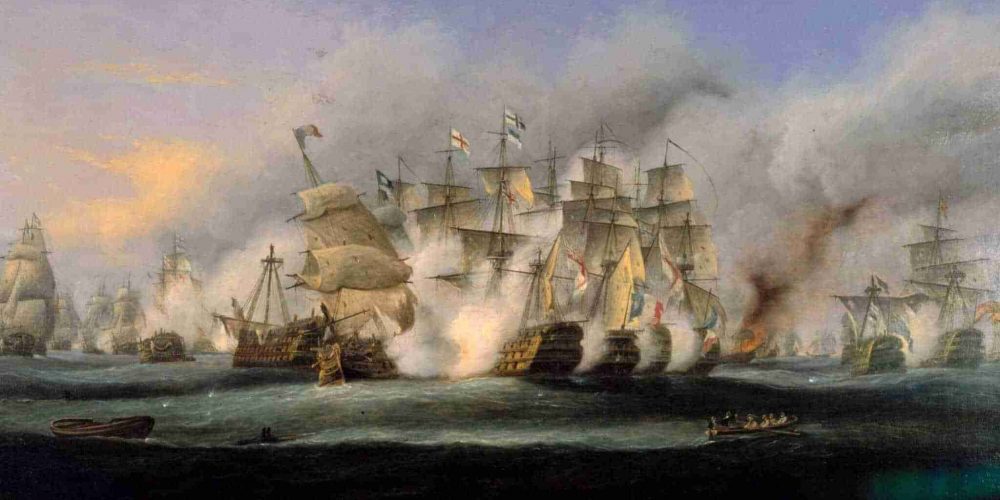 Each year on 21 October a ceremony is held on board HMS Victory in marking the anniversary of the Battle of Trafalgar, a battle which defined the Age of Sail and which sealed British dominion of the seas for a hundred years. The Victory, now permanently berthed in Portsmouth Historic Dockyard, is best-known for her role as Lord Nelson’s flagship at the Battle of Trafalgar on 21 October 1805.

Covid 19 may be the modern challenge but the indomitable spirit of Gibraltar and the Royal Navy  lives on. In Gibraltar, the Trafalgar Day service takes place at the Trafalgar Cemetery, where the Senior Naval Commander reads an extract from the Gibraltar Chronicle newspaper, the first periodical at the time to report on the battle. Sailors who died in Gibraltar of wounds received at Trafalgar are buried in Gibraltar and HMS Victory, with Nelson’s body on board, underwent repairs in Gibraltar prior to sailing for Britain.

Although this year 2020 the Gibraltar Cemetery Service was held on 19 October, commemorations will continue on 21 October, the traditional anniversary date. 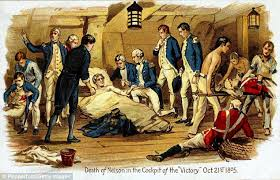 Horatio Nelson on death bed during battle of Trafalgar 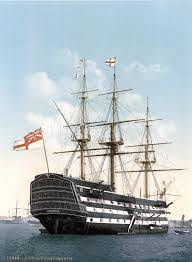 The statue to Britain’s greatest naval hero was the setting for the annual tribute to the men of Trafalgar in Gibraltar.

The battle which ushered in a century of British naval supremacy was fought a little more than 70 miles from the Rock – and the Fleet sought sanctuary in Gibraltar in the aftermath of routing the Franco-Spanish force, with some of those who succumbed to their wounds buried in what became Trafalgar Cemetery.

The statue to Nelson was erected at South Bastion opposite the graveyard to mark the bicentennial and served as the focal point for ceremonies marking the 215th anniversary of the battle.

With Covid restrictions preventing the usual crowd from gathering, Governor Vice Admiral Sir David Steel led the ceremony by placing a wreath at the foot of Admiral Lord Nelson’s statue.