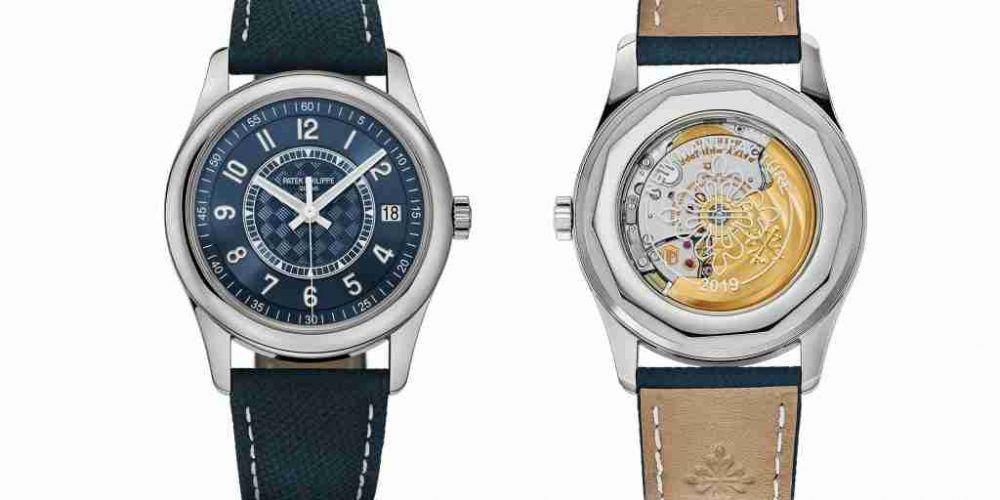 Article By Courtesy Of Watch & Bullion
In June of this year, amidst all the craziness of a global pandemic, Patek Philippe somewhat silently completed construction of their brand new Headquarters. Situated on the outskirts of Geneva it took them just under five years of building time since the day the ground was broken. Beyond just being an awesome building to look at, it also gives us an insight into how the legendary brand sees themselves functioning in the same way a profile picture does. Today we will take a look at the building which hopefully will help us understand the path Patek intends to take in the coming decades, as well as check out the accompanying limited edition Calatrava release and why that watch does such a fantastic job in not stealing the show.
With an eye-watering budget of 600 million Swiss francs, Patek cut no corners in materializing their dream building and really went all out. The way they describe this concept building was of that of a huge ocean liner. Having had the pleasure of spending a few vacations on some of these massive ships, I find that they were successful in their design. The white concrete passageways along the facade remind me of the different decks found on large cruise ships, granting an imposing presence that behooves the brand.
The building has a total of ten floors, four of which are underground, that in all together cover 133,000 square meters of unfiltered horological real estate. Just to add some perspective to help truly understand the scale of this building: the costs required for the building are the equivalent of buying a standard Nautilus at retail every single day, for the next 58 years. And all the steel used in the building would be enough to make two Eiffel towers!
What do you do with all this space? Well, traditionally a company seeks out a new and bigger building in order to allow them to increase their production capability. Patek is no standard company though, which is why they were very quick and clear in pointing out that this new building would not be used to ramp up their annual production of timepieces. So what do you do with all this extra space if not produce more watches? How about some luxuries like a 299 seat auditorium, an underground garage for 635 cars, and a restaurant on the top floor capable of hosting 880 people!
While these perks are certainly nice to have, they were not the driving factor behind the construction of this building. The new headquarters, which is meant to host the family owned company for the next two to three decades, was created to allow them to unite all the different aspects of their production under one roof. This will allow for a more contemporary and efficient production chain, as previously a Patek watch had to be sent around the city and make several pit stops at the different production sites. The only solitary remain of this formerly scattered approach is the museum, which remains in the city center, as well as the dial production facility, which is also the part of the brand that is for the longest owned by the Stern family before they eventually bought the rest of the company.
It is comforting to see that Patek made a conscious effort to make this building as energy efficient as possible, and applying for the highest classification available in Switzerland: the Minergie-P label. This means that due to modern insulation technology, the building retains warmth so well that heating in the classical sense is simply not necessary. I like that this aspect is more of a passing comment for the brand within the press release. Rather than jerk themselves off about their love for the planet (like many other corporate brands within the current zeitgeist) this attitude in my mind shows that this should be the standard for the industry, not the exception. After all, when dealing with luxury products there really is no reason in my mind to not be environmentally friendly. After all cutting costs which have large external detriments to the world really does not fit an image of opulence.
Unfortunately, it seems Patek has used up all their creative juices for the building itself. To close of we unfortunately have to mention the accompanying watch release which is incredibly forgettable, so much so that many other articles decided to not even mention it. Sure, this 40mm steel Calatrava is a handsome watch by itself and surely will sell well and retain its value (whether that matters in creating an interesting watch is up to you). Still, I personally can’t help but feel largely underwhelmed by the design. The date-window is atrociously mismatched and while I usually don’t get very fussed up about the whole date-debate it just feels like a result of lacking attention here. The caseback with the the white lettering on top looks visually more noisy than the see-through casebacks found on a Seiko 5. Worst of all the design lacks any reference to the actual building. Imagine how they could for example have used the same font from the stories for the indices, or integrate the white passageway design on the bezel.
All in all the building is very interesting to look at, and I personally really enjoy the new design by Patek. In my mind it doesn’t even come close to the headquarters of Rolex, but that comparison isn’t really a fair one. I will be intrigued to see how the limited edition Calatrava watch will age, though I am sure it will not even stay remotely as relevant as the building it intends to pay homage to.
Published in the Globe Magazine Gibraltar