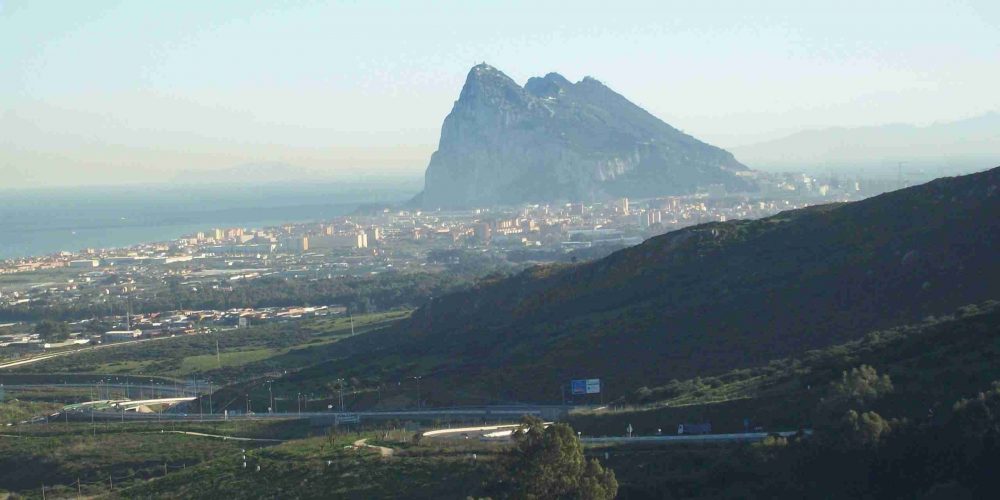 The political separation between The Rock and the mainland dates back three centuries to the time when Gibraltar was an important naval port. Spain and Britain and they have been battling over ownership of The Rock since 1704. This culminated in the total closure of the border from 1969 to 1982. When the border restrictions were lifted in 1985, many people moved from Gibraltar to La Línea, preferring to live on the Spanish mainland which had a lower cost of living.

Gibraltar was cessioned to Britain in the Treaty of Utrecht, which put an end to the Spanish War of Succession. King Felipe V, the first Bourbon King ordered fortifications to be constructed encircling Gibraltar. In the process the town of La Linea grew up behind these fortifications and especially during the Great Siege of Gibraltar (1779 to 1783). It was originally called La Línea de Contravalación. The town separated from San Roque in 1870. To this day on Playa Levante (Levante Beach) you can still see the ruins of Santa Barbara fort.

La Línea suffered much destruction by the British during the Peninsular War of 1808-14, and there was even a threat that the French might take the town. There remains a point of historic interest in the form of the watchtower dating back to the 17th century which still stands on Levante Beach. You can also see the remains of an extensive bunker system from the World War II, adding to the interesting history of this fascinating town.

In recent years the town has become ever more popular both as a permanent residence and also as a tourist destination. The nearby area of Alcaidesa combines luxurious golf course and residential development. When linked to the many improvements made within La Línea itself, there are many reasons why the area is attracting so many people.

La Linea de la Concepcion a relatively modern town which has its origins in the line of fortifications built by Phillip V after the loss of Gibraltar. The town is situated on a sandy plain surrounded by the Bay of Algeciras, on the isthmus which runs between Sierra Carbonera and Gibraltar.

Among the main buildings of interest is the Parochial Church of la Inmaculada Concepcion, built in 1879 which possesses an attractive main altar in Baroque-Castilian style. Other place to visit are: The Bullfighting Museum, La Plaza de Toros (Bullring) and the Cruz Herrera Museum. Outside the town centre are the ruins of Santa Barbara Fortress, the last remains of the line of fortifications, which were destroyed by the British during the Spanish War of Independence to avoid suffering a siege at the hands of the French. A watchtower exists on the Playa de Levante beach which dates from 1630.

La Linea de la Concepcion is situated on the Costa del Sol, on the southeast of the province of Cadiz, thus having a perfectly enviable geographical location. Its name derives from the old Linea de Contravalación de la Plaza de Gibraltar which is protected by the fortifications built by order of Felipe V.

Only dating back to 1870 it is one of the youngest cities in Spain. Nevertheless, there are many places in the city that are worthwhile visiting. It has many shops, good restaurants, tapas bars and cafes. 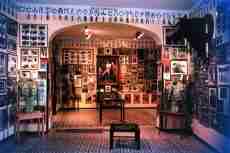 The Bullfighting Museum next to the Bullring is one of the most important bullfighting museums in all of Spain. There are four rooms with thousands of photographs, brands of all the ranches, bullfighterís costumes, ears and tails awarded to the successful bullfighters, the ornate capes used in the opening ceremonies of a bullfight and the ones used in the early stages, banderillas, swords, posters etc. Bullfights take place in La Linea around July for the Fair. 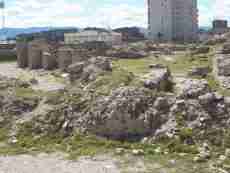 The Ruins & Bunkers of Santa Barbara & San Felipe, when the Treaty of Utrecht was signed in 1714, Spain gave Gibraltar to England. In 1727 Gibraltar was besieged, and the Spanish side got nothing but negative consequences. The English government then started a policy of expansion, so Spain had to build a fortified town, La Línea de Gibraltar, made up by the Fort of Santa Barbara and the Fort of San Felipe. During the years of the Second World War Spain fortified the area of the Straits to make it stronger and especially the surroundings of the British colony, Gibraltar. 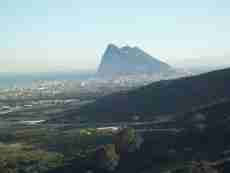 One of the most beautiful views in La Linea is the one on the Higueron Road, from the Mirador you can see the whole city, the Rock of Gibraltar, Algeciras Bay and the Atlas Mountains of North of Africa, providing a unique perspective of the South of Europe and the North of the African Continent. 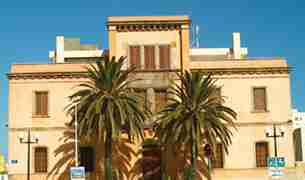 There are other Museums in La Linea like the Istmo Museum, which has incorporated the former buildings of the Military Headquarters to use it as a Cultural Centre, which at present is one of the most important exhibition centres of the area. Within the rooms of the museum the visitor will have the opportunity to enjoy the exhibitions of national and international artists. One of the rooms is dedicated to archaeology and collections of fossils, coleopterans etc. The rest of the rooms temporarily house many of the travelling exhibitions dedicated to mainly paintings, sculptures and private collections. 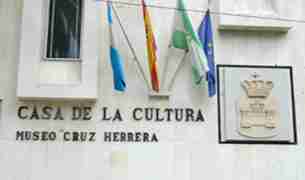 The Cruz Herrera Museum is dedicated to Art, an artist born in La Linea, Jose Cruz Herrera who captured the beauty of the Andalusian women in his paintings. In 1921 he exhibited 40 of his paintings in the Exhibition Hall of the Fine Arts Society in Madrid, where the Infanta Isabel was present on the opening day. Among his numerous successes, awards and titles the 1st Medal of the National Exhibition 1923 is worth mentioning. The museum, which has his name, has four rooms. 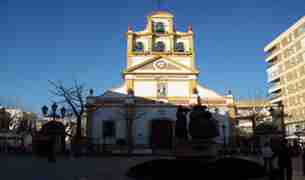 La Inmaculada Church, a colonial style church, was built in the 19th century and has three knaves. The central knave is much higher than the lateral ones and round arches that lean on pilasters separate them. The central knave has a pitched roof and lateral ones are inclined, all of which are constructed from a wooden framework. Besides boasting a beautiful altarpiece of Spanish Baroque style of the 18th century donated by the Duchess of Parcent, La Inmaculada displays a notable collection of venerated statues. One of the most beautiful sculptures is the Patron Saint of the city, La Inmaculada Concepción, which gives its name to the church. The famous sculptor Luis Ortega Bru made this sculpture.

An outdoor market is held each Wednesday on Avenida Principe. From fresh fruit to antiques and clothes, the market is well worth visiting. The main shopping centre in La Línea is concentrated in found between Calle Real and Plaza Cruz Herrera.

Alcaidesa Marina is located facing the Bay of Algeciras in La Linea next to Playa de Poniente. It offers deep water access and has 624 berths for boats ranging between 8 and 100m long as well as modern boatyard facilities equipped with a 75t boat hoist. More >

Here are a few listed which you can find in our food and drink section within the directory: