It’s got to be Juniper 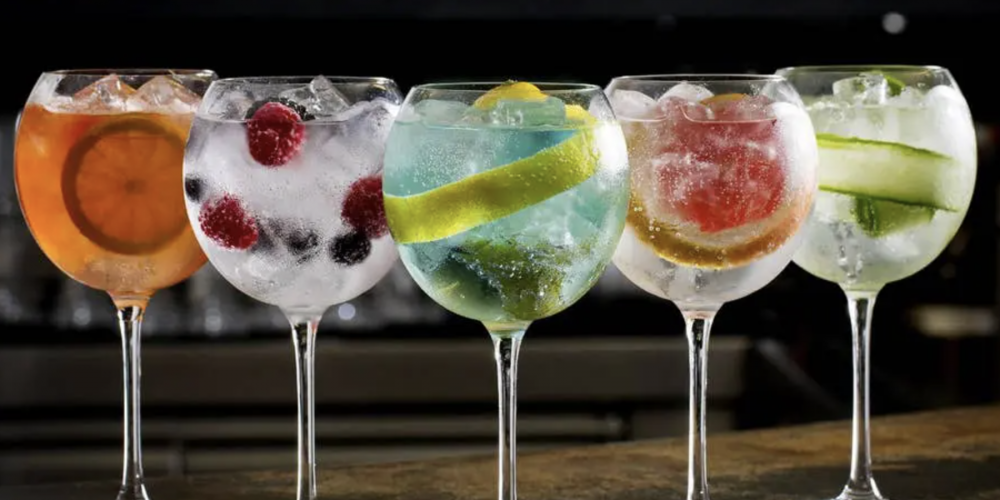 Juniper is gin, and gin is life, say the poets. Wild Juniper was part of life on the planet before Man discovered how to make gin from it and now cultivates it to meet today’s high demand for modern-flavoured gin.

Common juniper is an evergreen shrub, a low spreading bush-type plant of different sizes that grows in many parts of the world. It has taken a few centuries for the cultivation of juniper berries to lead to today’s highly-developed gin industry. 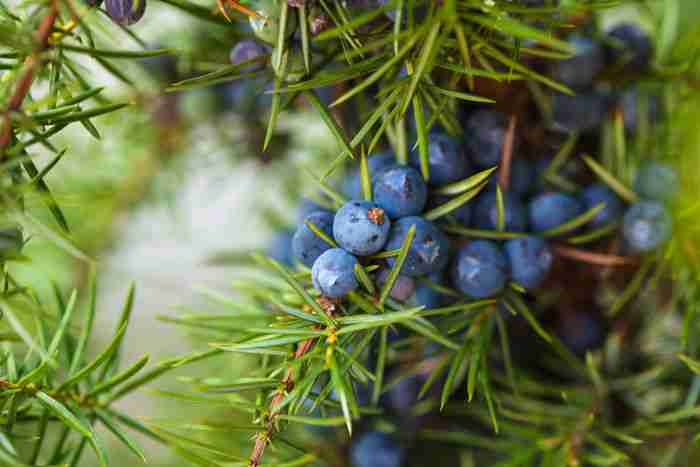 Used in small amounts as a spice or flavouring agent and in medicine each juniper berry contains half a dozen seeds which are triangular, hard and deep-blue in colour with a woody, spicy aroma and a tart, pine-like flavour.

All juniper species grow berries, but most are considered too bitter to eat. In addition to juniperus communis, other edible species include drupacea, phoenicea, deppeana and californica.

Some species, for example juniperus sabina, are toxic and its consumption can be a bad idea.

For the Romans, juniper berries were a cheap substitute for expensive black pepper. The berries  were ground and added to sauces to game dishes in Roman England and Scotland to add a bitter, spicy flavour. In the north of England  juniper was used to flavour breads and cakes.

Greeks athletes ate juniper berries before and during many of their Olympic events because the berries were thought to increase physical stamina.

In medicine, juniper is still being considered as a possible treatment for diet-controlled diabetes. Certainly, like most other berries, juniper berries are a source of vitamin C.

A study on Chinese juniper berry extract found that it may have significant anti-diabetic effects,  reducing blood sugar, cholesterol, and triglyceride levels due to the berries’ high concentration of antioxidants.

“Juniperus communis,” is found in more locations than any other woody plant in the world. From Alaska throughout Canada and Northern USA, in coastal areas of Greenland, Iceland, throughout Europe and in Northern Asia and Japan juniper is seen growing.

Origin Gin explains that “It was once widespread in Europe, except for some low-lying areas around the Mediterranean and it even occurs in small patches of North Africa. It’s amazing to think that juniper occurs at varying heights, with a highest recorded altitude of 4,900m (in southeastern Tibet and the northern Himalayas).  If this was a grape, wine-makers would be going crazy over it.. “

“The Origin range of London dry gins explores the impact that its growing location, the terroir,  has on juniper. Each batch of Origin gin is distilled with only juniper from a different location, for example, Apecchio in Italy, Pejë in Kosovo, Majdanpek in Serbia and many more. The different growing conditions in each place result in vastly different flavour profiles” 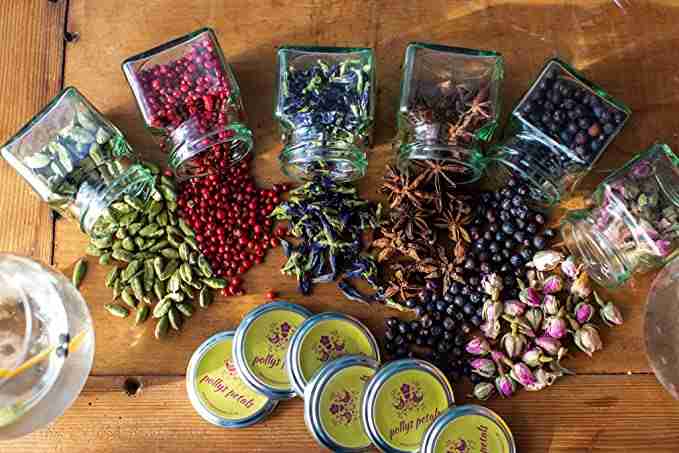 If the Greeks and Romans were also drinkers of an alcoholic  juniper juice, a mixer to go with it may have been very different from today’s range of tonics available for combining with gin. It’s perhaps more likely they just drank gin in tots.

Juniper is now a core botanical flavouring in the making of Gin. In fact, the definition of London Dry Gin as the accepted gin-making standard  is that

“..juniper is not only the primary botanical used in gin but by law, it needs to be the predominant flavour in anything seeking to be classified as gin.  The aroma and taste of juniper is – or at least should be –  the signature note in any gin”

A lighter spicier gin,  London Dry defines what a gin is.  A  ‘dry” gin means “there’s no added (artificial) flavouring, the flavours are all natural from the botanicals, including juniper as the main flavour, included during the distilling process”.  London, because London was since early days the centre for gin-making.

The name Gin itself is derived from either the French genièvre or the Dutch jenever, which both mean juniper and gins from different historical times have distinct characteristics today. 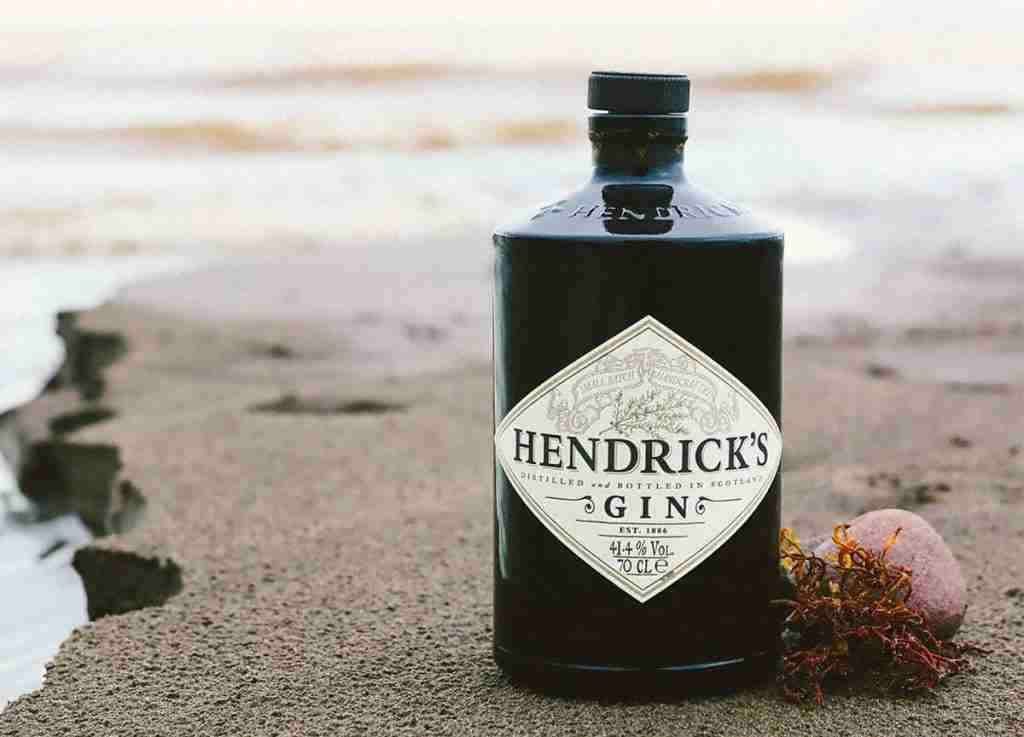 Genever, from  16thC Holland, was the original, rather heavy, more malty  gin, more like  a malt wine spirit where juniper is not the predominant flavour.

Botanicals added to its flavour would be cloves, caraway, ginger, nutmeg..and very little presence of the citrus of the London Dry.  Hendricks gin is an example of a modern-day Genever.

Old Tom gin evolved in the next era .. “Old Tom” was originally the street name for a sweetened-style of gin that was produced around the middle of the 18thC.

Ingredients as flavouring would have been liquorice or other substance to actually sweeten the gin. That gin type also became known as “bathtub gin” and to make it drinkable, distillers sweetened the juniper-laced spirit with liquorice or sugar, thus creating a whole new category of gin.

It would have been the Old Tom gin that  William Hogarth shows in his  1750’s prints of London’s Gin Lane and Beer Lane.

His depictions helped to bring in the Prohibition-style 1751  Gin Act  “to reduce the consumption of spirits, a popular pastime that was regarded as one of the primary causes of crime in London.”

The gin era that followed saw juniper re established in the flavouring of gin. Plymouth gin  with its “earthy aromas” of juniper, coriander, sweet orange, cardamom, angelica and orris root became the Royal Navy ‘s favourite gin with  a higher-proof gin known today as Navy Strength. 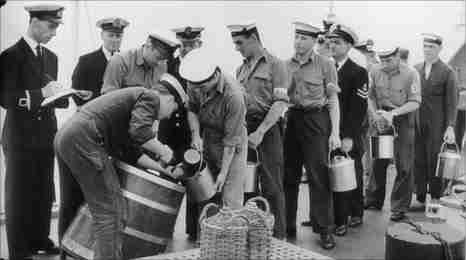 Gin drinking by the Navy

Now, these days, in the last ten years the rise of small-batch handmade craft gin is seeing some 12 other botanicals as well as juniper included in the mix to create complex flavour possibilities. Wide-ranging possible mixes using locally available botanicals are the result.

In UK, while juniper occurs in patches in England and throughout most of Scotland, it is only really common in the Scottish Highlands.

The Romans manning Hadrian’s Wall grew herbs by their Wall – the recipe for ‘Hadrian’s Wall Gin’  as well as juniper includes Roman-inspired botanicals like angelica, pimento, chamomile and mint.

In Gibraltar, its gin distillery, Spirit of the Rock,  includes campion, a local Gibraltar flower, once extinct on the Rock. You can also try local and premium gins at Tpop La Linea.

Their flagship gin Campion includes the flavour of the campion seeds together with the other dozen botanicals to create a modern, complex and authentic original craft gin.

For those juniper and gin lovers intrigued  at how the contents of gin have changed, the distillery has produced replica gins from the early gin eras, including an Old Tom gin, available to taste during the Distillery’s Tour, the Gibraltar Gin Experience.

The change and development in the flavours, texture and strength of those early gins provides a fascinating insight into juniper’s journey – juniper has continued to participate  in the development of today’s gin, and to continue the tradition of what makes a drink that today still makes a difference.