Endemic Amphibians in the Straits Area 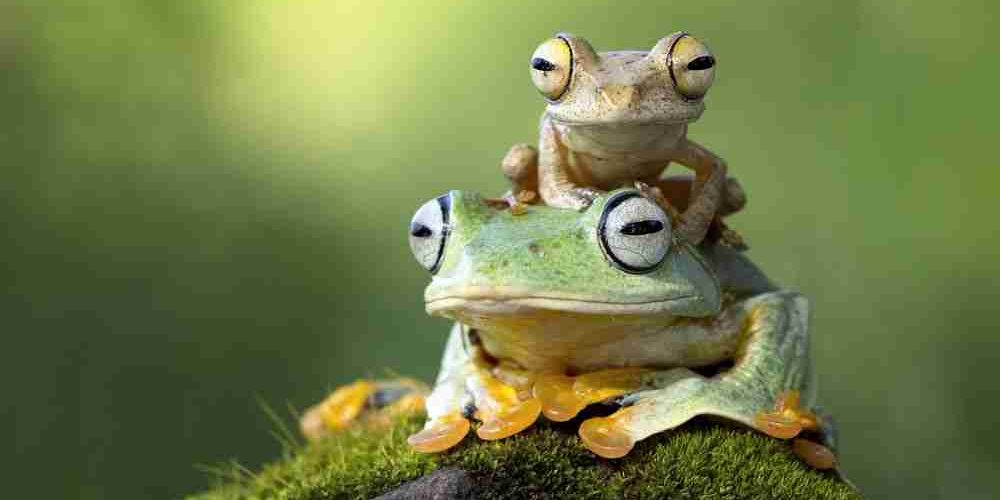 The Straits of Gibraltar represent one of the major areas of interest for the conservation of amphibians in Andalusia. The characteristics of climate and biogeography in this particular area have determined the presence of endemic living and extinct organisms, a great revelation of the diversity of plant and animal life.

Within the group of vertebrates, the amphibians are probably the most affected in an actual crisis on a planetary scale. In the last decades we have found ample evidence of the decline of amphibians in many parts of the world due to global causes, such as the reduction of the ozone layer, acid rain, global warming or general infections derived from a weak immune system. A rise in virulence is partly due to micro-organisms introducing illnesses and partly by humans spreading diseases.

The amphibians are also affected because of their particular characteristics and their physiological make up. They have skin which is very permeable and a complex life cycle in which they become aquatic and land animal species. All of these causes affect local species even in well conserved areas of the planet. Local studies have also identified other causes i.e. destruction of fertile habitats, contamination in the waters by chemical products, introduction of foreign species, road accidents etc…

Within Andalusia, Cadiz is a province of major interest for amphibians and also one of the provinces where important studies and different investigations have been carried out almost continuously through the 70’s and 80’s. Stephen Busack (actual director of investigation in the Natural Science Museum in North Carolina) started an inquiry into classification, biogeography and ethological aspects of this group.

Today the Consejeria of Medio Ambiente are carrying out studies in all of Andalusia to find and define the major interest of reptile studies in the area. They have claimed that Cadiz is a major area and count on protecting some of the area. This project is being lead by Juan Manuel Pleguezuelos (professor from the University of Granada). A company- Gestion Ambiental Ornitour- is also participating to help point out the protected spaces within Grazalema, Los Alcornocales and the Straits as one of the most revealing areas, and of major interest in the conservation of the diverse amphibians in Andalusia.

To select these areas they have valued criterias like the richness of the species, threat levels and conditions of the habitats etc…

This area of the Straits has 10 different species and 4 are endemic to the south peninsula. This means that they are only present in this part of the world; this is why they are of great importance and conservation. All the responsibility falls on them to try and reach this objective.
For this reason the biology of conservation (scientific discipline are trying to avoid loss of this biological diversity) are putting forward the necessity to protect natural areas where the different species can complete their biological cycle, through the media and other measures.

The origin of these amphibians came about at the end of the Miocene and Pliocene eras, approximately 7 million years ago. In which time the Sierras of Beticas were isolated from the peninsula by the sea levels forming an archipelago of many islands. The sea represented an insuperable barrier for the amphibians separating them and so the classification of the species revolutionised in an independent way, having no genetic contact with other peninsula towns. This is known as vicariate evolution. Later when the sea levels dropped they were able to expand and colonise new habitats until they reached their habitats of today.

Nowadays these endemics share habitats with other species of amphibians with very similar economic requirements. When the amphibians are adults they usually take to land, but they always need a certain level of dampness in the ambient and also for breeding it is necessary for the existence of ponds and streams or other water holes during a couple of months a year, enough time for the larvae and tadpoles to evolve and complete the metamorphosis and complete a crucial part of the life cycle.

The majority of frogs, toads and newts generally use ponds with aquatic vegetation where they can deposit their eggs. When the hatching of the larvae begins, a complex process of internal and external organic reorganisation takes place and then they are able to live out of the water.
The salamanders on the other hand live mainly on land and also breed on land. The eggs are fertilised inside the female and there they evolve into larvae until the time is right and the mothers approach a stream to free them into the waters where they can grow and complete their cycle.

The seasonal aquatic dimensions are the habitats for the majority of species for optimised breeding. The studies taken from the years 2000 – 2002 of ponds of major interest for amphibians within the province of Cadiz have been catalogued and a great deal of them are situated within protected areas. Laguna del Picacho (Picacho lagoon), in Alcala de los Gazules,and the Charca de la Camilla (Camilla Pond) in Zahara de los Atunes are two,but there are other ponds of great interest that are not in protected areas. Some of them are of a very special interest in the coastal areas, but sadly these places are being reduced more and more due to the growing of urbanisations. This is the case of groups of ponds next to the beach of Rinconcillo in Palmones, or Burgo in La Linea and at this moment are under threat of disappearing. In both cases they are just temporary water holes within the dunes where amphibians breed. Within the species is the endemic Speckled Iberian Toad.

The protection of these fragile habitats, such as temporary little ponds and streams, is essential to conserve these endemic species. With a few simple and economic control measures we can try to safe guard these groups of amphibians and contribute to the conservation to our still enriched biological inheritance.