Can plastic roads save the planet? 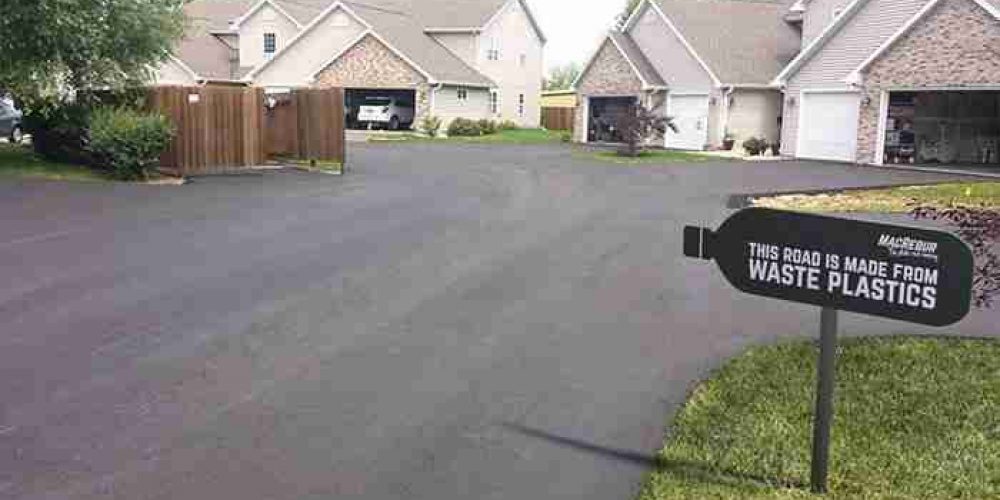 It’s estimated the ocean will contain more plastic than fish by 2050. Landfills are now overflowing with plastic waste since China refused to continue recycling it for us last year.

How can humans save ourselves from drowning in a sea of plastic? Scottish engineer Toby McCartney has one idea… Use plastic instead of petroleum for building roads:

It was something McCartney’s daughter said at school that first inspired him. The teacher asked the kids “what lives in our oceans?”

“I don’t want my little girl growing up in a world where this is the case,” he said.

McCartney remembered something he’d seen in India. Locals would fix potholes by dumping plastic waste into them, and then melt it with fire until they were filled in.

He decided to develop his own industrial method of this.

Normally roads are made of 90 percent rocks, limestone and sand, and 10 percent petroleum to bind the mixture.

The plastic waste is made into pellets that replace almost all of the petroleum used in conventional road building.

Most of the plastic waste the company uses is not conventionally recyclable and would’ve ended up in a landfill.

Of course, the goal is to use less plastic in the first place, but imagine if we could use this technology to clean up the mess we’ve already made.