A bank that’s out of the ordinary 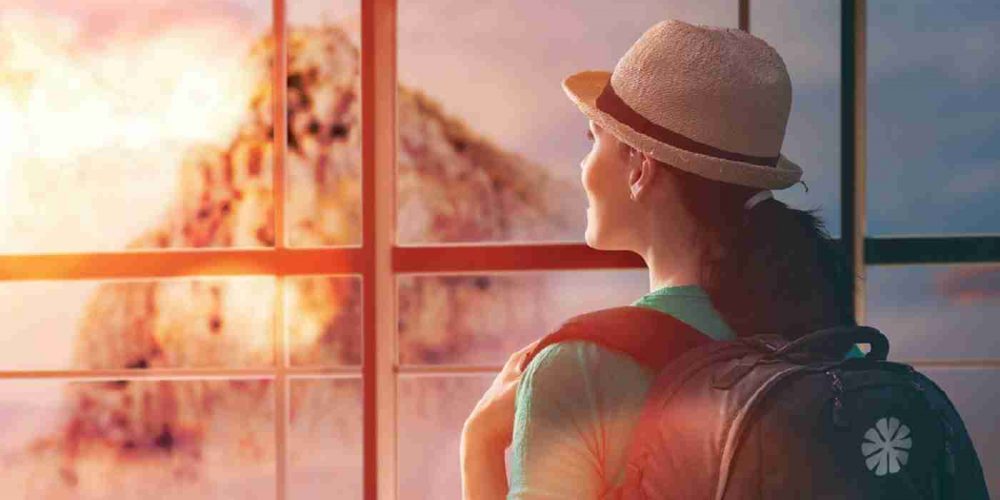 CEO Christian Bjorlow and Corporate Manager Albert de las Heras explain the background to the sale of Jyske Bank (Gibraltar) and the rebranding to Trusted Novus Bank whilst reinforcing the fact that they are still very much a local bank.

Over the last six years, Jyske Bank, Denmark, closed a lot of subsidiaries in Europe, and at the beginning of 2019 it was decided that there wasn’t a fit anymore between Gibraltar and Denmark. “We were the only subsidiary left in the Jyske Bank Group and with Brexit and other regulatory requirements that were very different from the regulations in Denmark, it wasn’t sustainable for the Bank to continue with us,” Christian Bjorlow says, adding, “not because we didn’t make a good profit, because we had made a very good profit for the group for the last ten years, but in the long­term the bank thought it would be a better decision to put us up for sale.”

In what was a very worrying time, it was paramount for the Bank that a solution was found that was the best for the employees, the clients and for the jurisdictions. “We were nor up for sale to just anyone – it was really important that we found someone who would stick to who we are and also to support the local community of Gibraltar,” he stares.

After much negotiation and with the final approval from Gibraltar Financial Services, the bank was sold to Rooke Investments Ltd, a Gibraltar-based investment company whose new owner is an experienced businessman in real estate, retail and financial services from Vietnam whom, Christian explains, had been looking for an investment in Europe to diversify his business and at a later dare to have an entrance into the UK market or to Europe, depending on Brexit

The change of name to Trusted Novus Bank came after a long process with many good ideas brought to the table, but which had to be approved by the copyright lawyers. “From a continuity perspective we are the oldest bank that has been trading in Gibraltar, tracing our roots back to 1855 when Galliano Bank was first established, and during those 165 years of history we have built up a clientele and a reputation, and we wanted to reflect that in the new name,” Albert de las Heras states. “We have been ‘trusted’ as an organisation to look after people’s financial affairs but at the same time we wanted to reflect our new beginnings – we have new opportunities, a new ownership, we are the same people and we are the same in terms of how we want to do our business – but we have been given a new start,” he says. “Novus is the Latin word for new or re-energise, to reinvigorate, something exceptional and out of the ordinary and that very much fits with our tag line which is ‘to be a bank out of the ordinary’ – so you have the old and the new – the ‘Trusted’ and the ‘Novus’ together.” A bank’s visual identity is also very important and to reflect that the sale of Jyske Bank (Gibraltar) to Trusted Novus Bank is more of a transition than a change, they have chosen the silhouette of the iconic Gibraltar Campion flower. “It almost looks the same as the old Jyske Bank logo – a green square with white writing and a white image,” Albert says. “The Campion is only found here in Gibraltar and was actually believed to be extinct a few years ago, and as there was a strong possibility that we as a Bank may have become extinct but then somehow managed to reinvigorate ourselves, we wanted a symbol that would highlight the local connection, the fact that we are unique to Gibraltar and to embody the fact that we have been reborn.” Launching a new bank is one thing, but launching it at the beginning of April 2020 when the COVJD-19 crisis was in full flow was even more difficult as they had to navigate through unprecedented challenges.
If you had asked me three months ago whether we could run a bank with 80% of the staff working from home, I would have said no way – but that is actually what happened,” Christian says. One of the main things that Christian and Albert want to emphasize is that Trusted Novus is still very much a local bank. “The transition from Jyske Bank to Trusted Novus Bank hasn’t had any impact at all for our clients; we are offering exactly the same products and services – I am still the same, Albert is still the same – and the people they have been used to dealing with are still here,” Christian clarifies.

Explaining that many of the established services and products will still be available because there is a two-year period during which Trusted Novus will continue to work with Jyske Bank before they detach from certain systems and establish new ones with new partners, Albert confirms that there is no resentment there. “We are still friends but we have been given the chance to choose our preferred business partners over the coming months and years and it may be that we will develop products and services that have more of a local feel because we are working within an environment where we are in charge of our own destiny.”

Always known as an organisation with strong values and one of the best workplaces in Gibraltar, the ethos that Jyske Bank exuded has transferred to Trusted Novus and those values and principles have carried on. “We believe that we have a different way of doing banking and that is an alternative that many of our clients enjoy – not everyone wants to deal with someone over a mobile app or a long distance call centre – so we are very much still into the personal relationship aspect and that hasn’t changed,” Albert states.

“We want to make sure that people associate Trusted Novus Bank with the organisation formerly known as Jyske Bank – but we also accept there are a lot of people out there in the local community that don’t really know what we do,” he says. “Some people think that we are just a private bank, some think we are just a retail bank, others think that we just do corporate services – the fact is we do all of that so what we are going to do over the coming months is to reinforce the range of services and products that we offer, mortgages being one of those products for which there is limited choice here in Gibraltar.”

Christian concludes by saying that these are very strange if not exciting times and that all kinds of marketing initiatives, including an opening reception and open house, have been put on hold until some kind of normality is resumed.

“We have a task to promote ourselves and make ourselves better known as a local bank and what we can do, however, we may have a new name – but we’re still the same.”